Border protection troops rushed to the site to prevent sea water from creating a spill of toxic chemicals from the Fujia industrial chemical plant, it said. 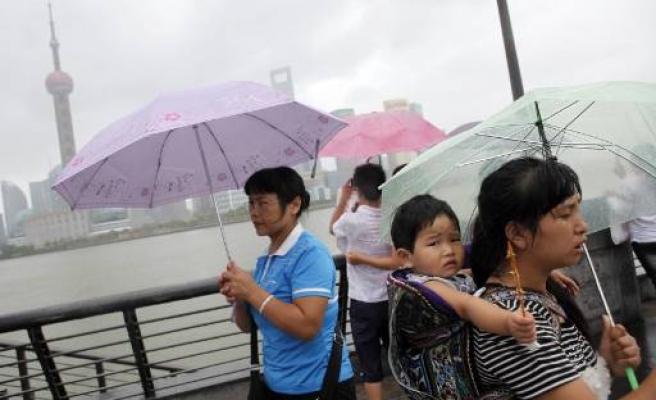 A storm battering the northeast Chinese coast on Monday whipped up waves that threatened a dyke protecting a chemical plant, forcing residents to flee while soldiers and firefighters rushed to fill the breach, news media said.

The waves slamming the coast near the port city of Dalian in Liaoning province were brought by tropical storm Muifa as it skated off the coast, hitting a half-built dyke protecting the Jinzhou development zone, official news agency Xinhua reported.

Behind a growing hole in the protective wall is a storage area containing around 20 metal tanks holding oil-based chemicals at the Fujia industrial chemical plant, said the website of the People's Daily newspaper (www.people.com.cn).

"If the breach cannot be blocked up, toxic chemical products may spill, and that would be extremely dangerous," the newspaper website reported from Dalian.

A Chinese television report said the threat was "under control."

Over a thousand firefighters, troops and border guards rushed to prevent sea water from creating a bigger hole that could trigger a spill of toxic chemicals from the Fujia plant, said the People's Daily website.

Troops and police also helped disperse nearby residents, said the report, which gave no details of any damage or injuries. Chinese television news showed trucks and earth movers lined up to block the 200-metre wide breach with rocks and sand.

"We do not know anything about the spill, and we cannot say anything," said a woman working at the reception desk for the Fujia chemical company who was contacted by Reuters.

A serious chemical leakage would be a fresh headache for Liaoning, which recently suffered an oil spill from two offshore platforms.

Pollutants from that spill have been found spreading to beaches, and been blamed for losses to tourism and aquatic farming businesses, Xinhua reported in July.

So far, China has avoided any serious damage from Muifa, which weakened to a tropical storm from a typhoon as it approached the country's east coast over the weekend.

Earlier, the full brunt of the typhoon's core missed Shanghai, but strong gusts knocked down billboards and briefly cut power to at least two residential areas.