The quake centred 141 km southwest of the town of Shihezi in East Turkestan, home to the mainly Muslim Uighur people. 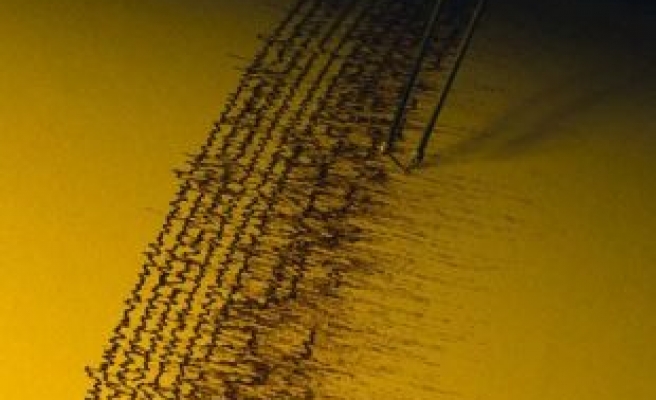 The quake, initially reported as a magnitude 6.5, struck at 5:07 a.m. local time on Saturday (2107 GMT on Friday), and was centred 87 miles (141 km) southwest of the town of Shihezi in East Turkestan, home to the mainly Muslim Uighur people.

The official Xinhua news agency said there was strong shaking felt in the regional capital Urumqi which lasted for about 10 seconds, causing some people to rush out of their houses and into the street.

In the county nearest the epicentre, the quake threw people form their beds and cut the power, but it would take time to fully assess casualties and damage due to the remote location, Xinhua added.

Initial reports said about 10 people were injured in the quake, one seriously, and that most of them were tourists, Xinhua said. Some houses had also collapsed in a village close to the epicentre.

"It's a very quiet, remote, mountainous area that is sparsely populated. A the moment we have no report of any casualty or damage but we are watching closely," USGS Geophysicist Chen Shengzao told Reuters by telephone from Golden, Colorado.

The USGS said the quake was very shallow, only 11.2 miles (18 km) below the Earth's surface. Chen said that because of its magnitude and very shallow depth, the quake would have been widely felt.

A 6.3 quake is capable of causing severe damage.