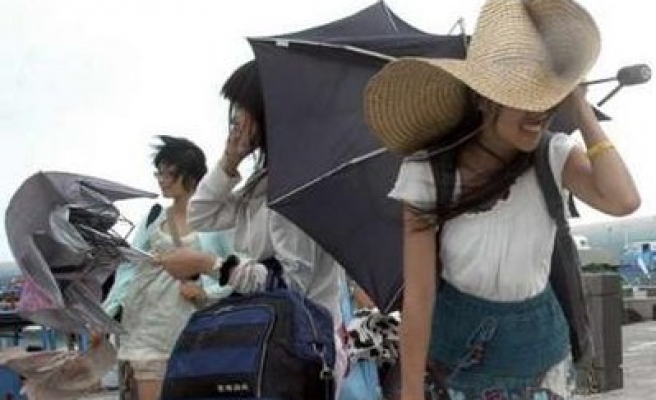 A strong tropical storm lashed Taiwan on Wednesday on its way to China, bringing heavy rains and howling winds to areas battered by a deadly typhoon just over a year ago as a stronger front churned toward the Korean peninsula.

Taiwan's Central Weather Bureau said tropical storm Lionrock, the island's first of the year, had dumped more than 300 mm of rain in southern Taiwan as it made landfall before dawn with wind gusts up to 108 kph (67 mph) and sustained winds of up to 83 kph.

Officials warned of mudslides and infrastructure damage as the storm gained strength by mixing with the outer layers of Typhoon Kompasu that is making its way through the Pacific Ocean east of Taiwan toward the Korean peninsula.

Kompasu is expected to reach North Korea early on Friday with South Korean media saying it would be the worst storm to hit the country in about a decade. Forecasting service Tropical Storm Risk (www.tropicalstormrisk.com) projects a Category 2 typhoon, meaning wind speeds of around 150 kph.

It will hit an area of impoverished North Korea that was devastated by flooding in July with damage to the rice crop.

In Taiwan, nervous authorities have cancelled classes, called off work and set up evacuation space for 19,000 people to avoid any repeat of an August 2009 typhoon that triggered mudslides and killed about 700 people.

That typhoon, the worst in 50 years, prompted a cabinet reshuffle amid accusations that officials responded too slowly.

Taiwan's largest port, in the southern city Kaohsiung, closed on Wednesday due to high winds, the harbour master said.

Lionrock, Kompasu and a third tropical storm are also on track to affect China, where authorities have started evacuating thousands and delayed the start of a new school term.