Ishaq Ameen, 16, a grade-10 student who was shot in his head and face on Dec. 16 in the mass shooting at the Army Public School, lost the battle for his life on Saturday at a hospital in Peshawar. 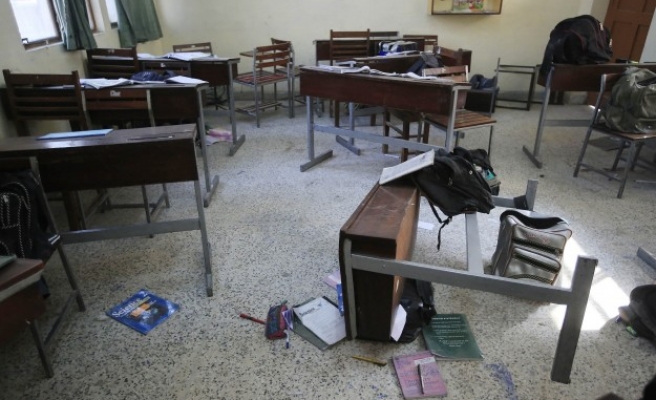 Ishaq Ameen, 16, a grade-10 student who was shot in the head and face on Dec. 16 in the mass shooting at the Army Public School, lost his battle for his life on Saturday at a hospital in Peshawar.

Grim memories of the brutal carnage at an army-run school in the northwestern city of Peshawar still haunts Pakistanis as the death toll continues to increase two months after the tragedy.

“He had been in a critical condition as the bullets badly damaged his face and the head,” Waqar Ameen, an elder brother of Ishaq, told reporters.

“He had been in the intensive care unit since Dec. 16. We prayed day and night for his life, but it was Allah’s will. He could not survive,” Waqar said while trying to fight back his tears.

The Peshawar massacre ranked as the worst massacre in the country’s 66-year history. It claimed 145 lives, 133 of which were students.

Several students are still battling for their lives in different hospitals.

The Tehrik-e-Taliban Pakistan, a coalition of different insurgent groups operating in Pakistan also known as the Pakistani Taliban, claimed the responsibility for the deadly attack.