The setback occurred as the $4 million U.S. Navy submarine Bluefin-21 was scheduled to complete its mission 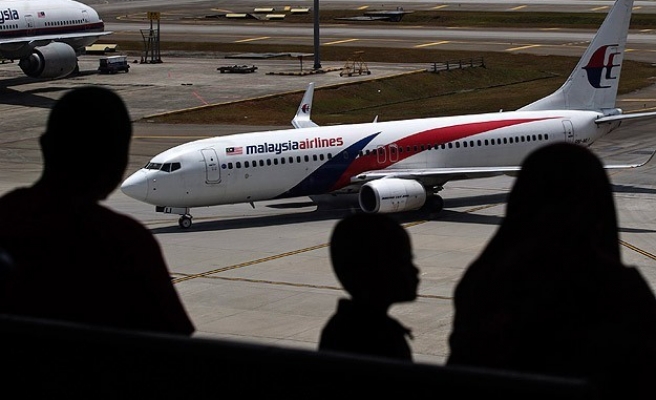 A U.S. submarine drone will keep scouring the Indian Ocean floor for traces of a missing Malaysian jetliner after it finishes its current targeted search, Australian authorities told Reuters as a tropical cyclone suspended the air search.

Authorities are under growing pressure to decide their next course of action as the Bluefin-21 drone nears the end of its first sweep of remote seabed which authorities believe is the most likely resting place of Malaysian Airlines flight MH370 which vanished on March 8 with 239 people on board.

The Bluefin-21 is expected to finish its targeted search of a 10 square kms (6.2 square mile) stretch of ocean floor, where a signal suspected to be from the plane's black box was detected, come Wednesday. No wreckage has yet been found.

"Bluefin-21 has now completed more than 80 percent of the focused underwater search area and further missions are planned," the Perth based Joint Agency Coordination Centre told Reuters in an email.

"The search will continue. We are currently consulting very closely with our international partners on the best way to effect this for the future."

As the Bluefin embarked on its 10th trip to depths of more than 4.5 kms (2.8 miles), some 2,000 kms (1,200 miles) northwest of the Australian city of Perth, a tropical cyclone heading south over the Indian Ocean suspended the air search.

"It has been determined that the current weather conditions are resulting in heavy seas and poor visibility, and would make any air search activities ineffective and potentially hazardous," the JACC said.

The ships involved in the day's search about 1,600 kms (990 miles) northwest of the Australian city of Perth would continue with their planned activities, the centre added.

The search coordinator, retired Australian Air Chief Marshal Angus Houston, said on April 14 that the air and surface component of the operation would end about a week ago.

But daily sorties have continued unabated in what is shaping to be the most expensive search in aviation history, involving some two dozen nations.

"There will be no change to our mission of one nine-hour flight per day," U.S 7th Fleet public affairs officer Commander William J. Marks told Reuters on Tuesday.

Meanwhile, a statement attributed to the families of passengers on board the missing flight accused the Malaysian government of giving information about the investigation to the media before them and demanded "regular pre-payments" of compensation before the investigation was complete.

Many family members have been critical of the Malaysian government's handling of the so far fruitless search.

"We don't expect that they find all of the plane, or all of the bodies, or even that they know everything about how this surreal situation happened, but we do expect at least a tiny bit of concrete evidence," said the statement, published on the families' Facebook page on Tuesday.

Until conclusive proof confirms the plane's fate, the Malaysian government has "an obligation to make regular pre-payments to the families in need and they have an obligation to exert themselves beyond repeated attempts to force a closure of the issue".