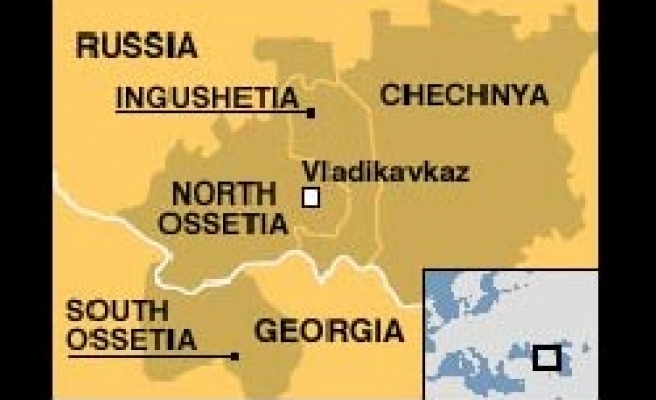 A suicide bomber detonated explosives near a police post in the North Ossetia province in Caucasus on Tuesday, killing a police officer and wounding two others, the Interfax new agency reported.

Interfax cited an unidentified law enforcement officer in its report.

The attacker blew himself up after approaching a checkpoint on a road near the border with Ingushetia province, a North Ossetian police official said.

He said one officer was killed. A duty officer at the regional Investigative Committee, a branch of the prosecutor's office, said two police died.

The attack was in North Ossetia's Prigorodny district, the site of a territorial dispute between ethnic Ossetians and Ingush that erupted into fighting in 1992 and remains a source of tension.