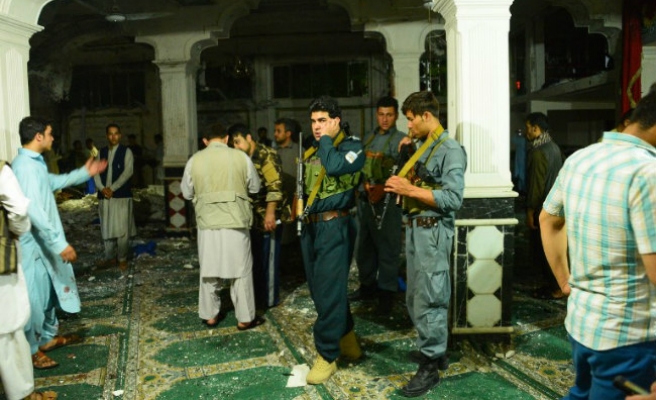 A suspected suicide attack on a Shia mosque in the capital Kabul killed at least five people Friday, according to local media.

An Interior Ministry spokesman confirmed the attack on the place of worship in the relatively posh and secure neighbourhood of Qala Fatehullah.

According to Etelat-e-Roz daily, the blast took place at the mosque entrance after security forces managed to prevent the suicide bomber from going inside.

On Thursday night, an improvised explosive device blast outside another mosque in Kabul killed three people, including two policemen and a civilian and injured 16 others, according to the ministry spokesman Najib Danish.

Security is on high alert in Kabul, keeping in view the potential threats to the Shia minority in the Islamic month of Muharram, when the martyrdom anniversary of Imam Hussain, grandson of the Prophet Muhammad, and his companions is marked with public processions and gatherings at mosques.

The relatively peaceful coexistence between followers of different sects in Afghanistan has recently come under attack from pro-Daesh militants, who have killed scores of Shia citizens in terrorist attacks.

Turkey's Foreign Ministry condemned the "heinous terrorist attack, which targets the cohesion between different religious and ethnic groups in Afghanistan."

"We learned with sorrow that many were killed and more wounded due to a terrorist attack perpetrated against a mosque in Kabul today," the ministry said in a written statement.

It said Turkey conveyed condolences to "the brotherly government and people of Afghanistan."