A suicide bomber riding on a bicycle targeted a vehicle carrying security forces in southwestern Pakistan on Saturday, killing 8. 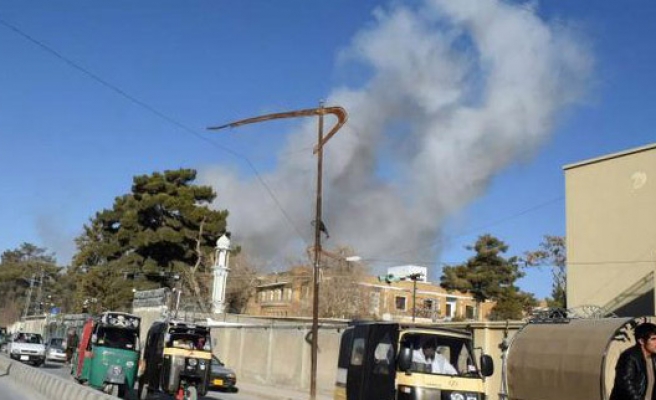 Nine people were killed and more than 35 injured Saturday when a suicide bomber on a bicycle blew himself up near a security forces truck in the southwestern Pakistani city of Quetta, officials said.

Two of the dead were paramilitary soldiers while seven were civilians, police said citing initial reports.

The bombing took place outside district courts in Quetta where a truck was picking up soldiers who had been on a routine security patrol.

A paramilitary spokesman confirmed the bombing and said that two soldiers had died and 10 others had been wounded.

"Two of our soldiers were martyred in the bombing and 10 others were wounded," a paramilitary spokesman told AFP.

Senior police official Imtiaz Shah said that the suicide bomber was on a bicycle.

Initial reports by bomb disposal experts suggested that the explosives weighed up to 15 kilograms (33 pounds).

Nobody immediately claimed  responsibility for the bombing but Taliban militants and separatist groups are active in the region.

Quetta is the capital of the restive Balochistan province, which is also home to a separatist insurgency that has been raging since 2004.

The province's roughly seven million inhabitants have long complained they do not receive a fair share of its gas and mineral wealth.