Two people, one civilian and one police officer, were killed and 16 others injured. 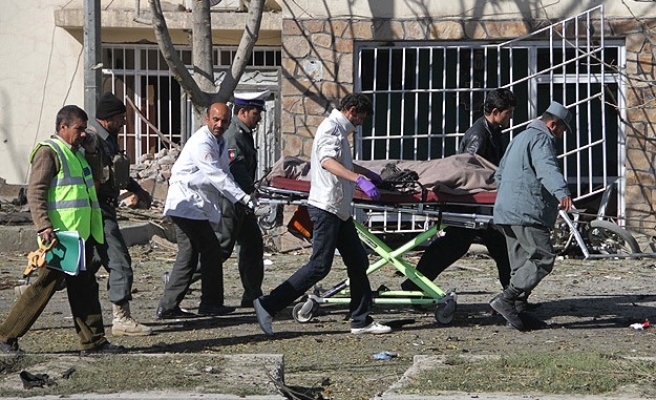 Two people, one civilian and one police officer, were killed and 16 others injured.

According to the provincial governor spokesman, Omar Zawak, the suicide bomber targeted the convoy of the public order police in the Lashkar Bazzar area while they were conducting routine patrols on Thursday afternoon.

“Police were informed about the possible suicide car bomb attack. The suicide bomber pretended to have an emergency patient. Unfortunately, there are five children among those injured in the incident,” Zawak told The Anadolu Agency.

Nazook Mir, the commander of the public order police in Helmand province, confirmed the incident and said there were police officers among those injured.

On Jan. 18, at least three public order police officers were killed and 11 others injured when a suicide car bomber targeted their convoy on the highway between Helmand and its neighboring province of Kandahar.

Helmand, which was home to tens of thousands of British and American soldiers, has a long and unprotected border with Pakistan, which militants easily infiltrate for terrorist activities.

British and U.S. troops, closing one of their biggest military bases in Afghanistan in late 2014, wrapped up and left Helmand province and handed over all security responsibilities to Afghan forces.

In certain areas of Helmand, according to Afghan officials, ISIL have raised their flag and been recruiting among the younger generations.

The NATO-led International Security Assistance Force ended its 13-year combat mission in Afghanistan at the end of 2014.

From Jan. 1, 2015, the mission will evolve into training and advising the nascent Afghan security forces.

There are 13,000 foreign troops stationed in Afghanistan for the Resolute Support Mission. They will be drawn from 28 NATO countries and 14 other partner nations.