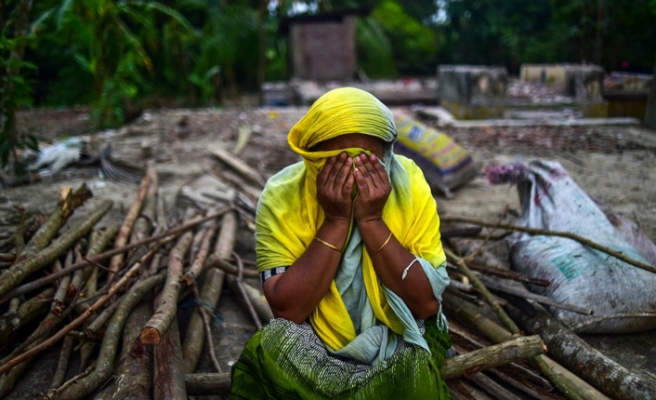 Saira, 25, took her life this June, a year after she married her cousin in the Swat district of northwestern Pakistan.

Her troubled marriage took a toll on her mental health, her mother said.

Alarming increases have been reported this year among women and young students committing suicide in the region. In the first eight months of 2018, 346 people, mostly women, committed suicide in Malakand Division, a tourist spot located in the Khyber Pakhtunkhwa province, local broadcaster Geo News reported.

The highest number of cases (222) was reported in Swat, which locals call the "Switzerland of Pakistan" due to its natural beauty.

"I was not in favor of her marriage with her cousin because she was not happy. The boy was illiterate while my daughter was a university graduate," she added.

"I tried to convince her father but he termed his daughter's resistance a violation of the local culture and tradition. He won but lost her daughter."

Police say domestic violence and unemployment are the main reason for the rise in suicides.

"There are many reasons but domestic issues, misbehavior, and violence by husbands or other family members are the main causes behind suicide cases reported with police," Shah Faisal, a local police officer in Malakand Division, told Anadolu Agency.

Only two to three percent of cases were reported to the police, while the remaining 97-98 percent were hidden by local people to avoid social stigma, Faisal added, estimating the actual number could be in thousands.