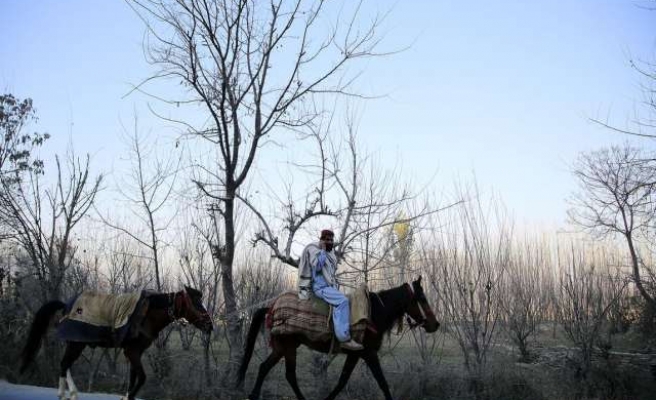 In Pakistan's mountainous north- and southwest, winters can mean temperatures plunging as low as -20 degrees Celsius and, unlike the rest of the country, the cold can linger for as long as six months.

While the rich head for skiing slopes in the mountains, Pakistan's less privileged are left with limited options for warmth.

Parachinar, a valley that sits near the border with Afghanistan, is a glaring example of the inequality. The main highway and thoroughfares that lead to the town and adjoining villages are blanketed by thick layers of snowfall from January to February.

Hundreds of thousands in Parachinar town, the only tribal area where Shias are a majority, remain cut off from the rest of the country during this period. Travelling to other parts of the country mean first having to crossing the border into Afghanistan and then re-entering Pakistan at another entry point.

"Those who live in centrally-heated homes and drive in air conditioned cars cannot imagine the miseries we face in winters here," says Parachinar resident Sarkar Hussein.

The town and adjoining villages face acute shortages of medicine, wood and other basic necessities due to the isolation they face in winters, says Hussein, who owns a small pharmacy.

"Many die of weather-related diseases and injuries every year as they cannot be taken out of the town due to the closure of roads," he says. "If snowfall season lasts for 10 to 15 extra days, then life becomes hell for us."

Similar conditions are faced by other remote towns, including in the provinces of Gilgit and Baltistan, near K–2 -- the second highest mountain in the world. Residents start preparing in November by stockpiling rations of wood, medicine and other supplies.

Makeshift markets known as Lunda Bazaar become an essential part of winters in Pakistan. Poor Pakistanis throng to the bazaars across Pakistan, particularly in low-income areas, where they buy used jackets and warm clothes imported from European countries, at cheaper prices.

While the larger towns in the areas have electricity, more far-flung parts are disconnected from power and gas; leaving many residents to buy gas cylinders for cooking and heating.

The gas heaters pose their own danger, reportedly causing scores of deaths in Pakistan every year. In January, 11 people from a single family were killed by a gas leak from their heater in the southwestern town of Pishin.

There are no available official statistics on the deaths but media reports claim deaths caused by low-quality gas heaters are increasing.

Those who cannot afford the cylinders have to create wood fires but struggle because of the increasing cost of kerosene, needed to set aflame wet wood.

"We do not have huge houses to pile up huge stocks of wood. We can keep limited stocks. If it copes with, that’s great, otherwise remaining winter, we have to stay without bonfire," says Hasan Shigri, a resident of Skurdu, a town near K-2.