Suicide missions by wives of fallen fighters has been a feature of guerrilla groups from Chechnya and neighbouring Muslim regions in the past decade. 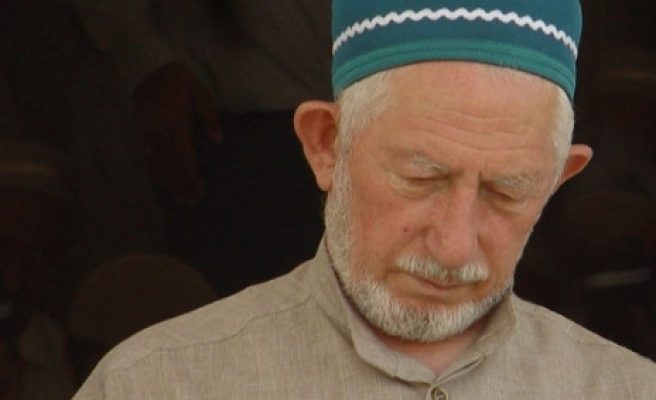 An ethnic Russian woman was named on Wednesday as the suicide bomber who Tuesday killed Said Atsayev, 74, a prominent Sufi sheikh in Dagestan.

Police said Aminat Kurbanova had posed as a pilgrim to the cleric's home and detonated an explosive belt packed with nails and ball bearings, killing Atsayev, herself and six others, including an 11-year-old boy visiting with his parents.

A security source told Reuters news agency the woman, aged either 29 or 30, was born with the ethnic Russian family name Saprykina but converted to Islam and was married to a Muslim insurgent. Two previous husbands, also fighters, had been killed, the source added.

Suicide missions by wives of fallen fighters has been a feature of guerrilla groups from Chechnya and neighbouring Muslim regions in the past decade.

The bombing came as Putin was visiting Tatarstan, a Muslim region in central Russia.

Though some ethnic Russians have fought alongside the insurgents in the North Caucasus, the killing of Atsayev, also known as Sheikh Said Afandi al-Chirkavi, appeared to be the first such case of an ethnic Russian suicide bomber.

Insurgents in Dagestan frequently attack government and security officials and have also increasingly targeted traditional mainstream Muslim leaders who are backed by the authorities. Atsayev was among the most prominent of these.

Putin owed some of his initial popularity to his launching, when prime minister, of a second war against Chechen independence in 1999. He then swiftly succeeded Boris Yeltsin as president.