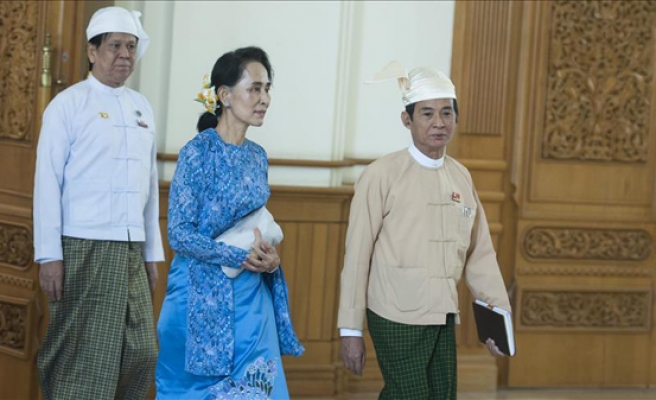 Suu Kyi's name was included in the council Thursday along with the president, the two vice presidents, two parliament speakers, commander-in-chief of the armed forces and his deputy, and the ministers of defense, home affairs and border affairs who are appointed by the military.

The military-drafted constitution states the 11-member NDSC is the highest authority in the government, and grants powers to impose martial law, disband parliament, and rule directly, but only if the president declares a state of emergency.However, it also provides a legal channel for the military to re-impose direct military rule in the country as six of its member are military members, including the commander-in-chief of the armed forces.