Suu Kyi must act to stop Rohingya crisis: US senator 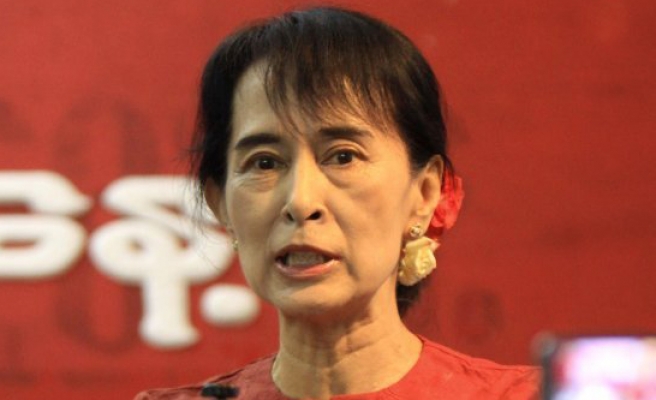 "She had yet another opportunity today to stand up for the Rohingya minority in Burma but instead refused to acknowledge the military’s role in the ongoing atrocities."

Burma is the preferred name of the U.S. government for the state also known as Myanmar.

His comments come hours after Suu Kyi claimed there has been no conflict or military operation in the country's Rakhine State since Sept. 5 despite reports to the contrary that show desperate villagers fleeing the area.

She said her government will grant access to international observers in the conflict-hit western state.

"As a national figure, Aung San Suu Kyi must demonstrate far greater leadership in efforts to stop the bloodshed or risk destroying her reputation as a force for continued progress in Burma," Corker said.

Prior to adopting her leadership role in the country, Suu Kyi drew accolades for her work to bring democratic reform to the military ruled country, which earned her a Nobel Peace Prize. But her handling of the ongoing crisis has led to calls for her to be stripped of the award.

Since Aug. 25, around 421,000 Rohingya Muslims have crossed from Myanmar's western state of Rakhine into Bangladesh, according to the UN.

The spokeswoman for the UN's refugee agency told a news conference in Geneva on Tuesday that 250,000 children had fled Myanmar for Bangladesh.

During a call with Suu Kyi, U.S. Secretary of State Rex Tillerson "welcomed the Burmese government’s commitment to end the violence in Rakhine state and to allow those displaced by the violence to return home".

"He also urged the Burmese government and military to facilitate humanitarian aid for displaced people in the affected areas and to address deeply troubling allegations of human rights abuses and violations," spokeswoman Heather Nauert said in a statement.