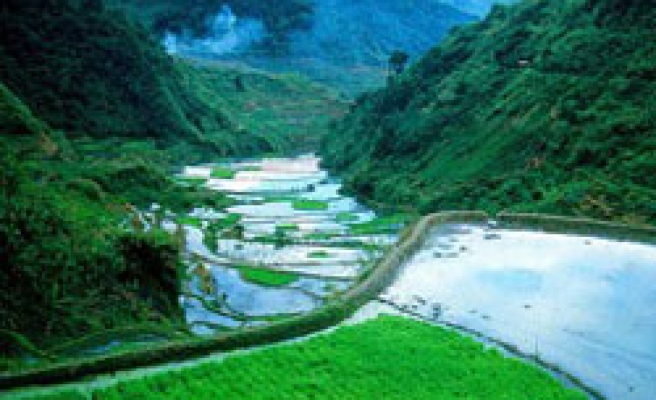 A Swiss birdwatcher escaped his captors in the southern Philippines Saturday, killing one with a knife, during an army attack on the jungle camp where he was being held, the military said.

Lorenzo Vinciguerra was shot during his escape and is being treated in hospital, Captain Rowena Muyuela, a spokeswoman for the military's Western Mindanao Command, told The Anadolu Agency.

The 49-year-old, who was kidnapped with Dutch national Ewold Horn while birdwatching in Tawi-Tawi island province two years ago, acted as government troops shelled an Abu Sayyaf camp in Patikul, Sulu province.

He grabbed a bolo, a knife similar to a machete, from Abu Sayyaf commander Juhurim Hussein and hacked at his neck, Muyuela said, before he wrestled with another kidnapper and was shot.

Vinciguerra succeeded in getting away and was later discovered by Army Scouts, Muyuela added. According to a police report, Hussein died of his injuries.

"According to Vinciguerra, he took advantage of the situation by escaping from his abductors while Armed Forces of the Philippines units conducted [an] intensified law enforcement operation but was shot by the other Abu Sayyaf group member.”

Vinciguerra and Horn were snatched by armed men in February 2012 and subsequently handed over to the Abu Sayyaf, a militant group that is particularly active on the islands between Mindanao, the largest island in the southern Philippines, and Malaysia.

The military said five member of the Abu Sayyaf were killed and seven injured in clashes in Sulu province Saturday. It did not say if the casualties were caused in the attack on the camp where Vinciguerra had been held.

Muyuela said the casualties belonged to a cadre led by Hatib Hajan Sawadjaan, said to be behind the kidnapping and ransoming of two German tourists earlier this year.

Sawadjaan, also known as Asmad, has a 5.3 million Philippine peso ($119,000) bounty on his head and is wanted for a string of kidnappings.

The military said more than 10 hostages are still being held by the Abu Sayyaf in Sulu.