Mehmanparast said Iran expected to consult with countries on the sidelines of the summit on a "comprehensive package" to resolve the Syria crisis. 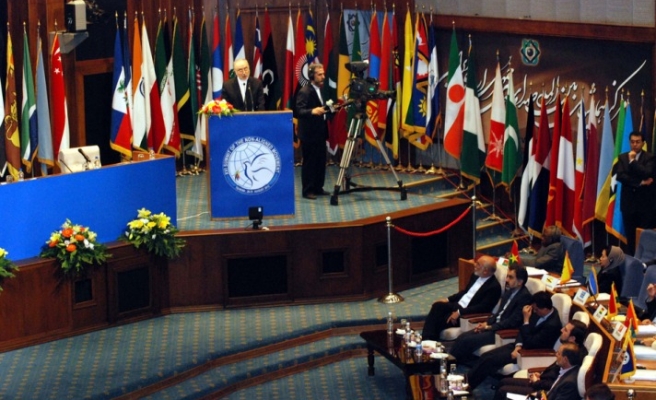 Iran welcomed a group of 120 developing nations on Sunday to a summit it says proves that Washington has failed to isolate it from the rest of the world.

Opening the Non-Aligned Movement (NAM) meeting in Tehran, Foreign Minister Ali Akbar Salehi said he hoped for a show of solidarity against sanctions the West has imposed to punish Iran for its nuclear activities.

"The non-aligned (movement) must seriously oppose ... unilateral economic sanctions which have been enacted by certain countries against non-aligned countries," Salehi told the summit's opening session.

Western diplomats have sought to downplay the importance of the summit and the start of Iran's three-year presidency of NAM, a body set up in 1961 to counter big power domination of international relations.

But 80 countries are participating in the summit at the level of minister or higher, Foreign Ministry spokesman Ramin Mehmanparast said, with 50 sending their heads of government.

And the expected attendance of big players including U.N. Secretary General Ban Ki-moon and Egypt's new president, Mohammad Mursi - the first Egyptian leader to visit Iran since the 1979 Islamic revolution - will give the meeting diplomatic heft.

"The presence of the Egyptian president in Tehran will help develop Tehran-Cairo relations," Mehmanparast told reporters.

Tehran denied media reports that it had invited Ismail Haniyeh, the leader of Hamas, the Islamist group that controls the Gaza Strip.

"From Palestine, only Mahmoud Abbas, the president of the Palestinian Authority, has been invited to Tehran for participation in this summit, and an official invitation has not been sent to any other individual," Mehr quoted Mehmanparast as saying.

With the Syrian crisis likely to dominate talks, Iran's support for President Bashar al-Assad is likely to face scrutiny.

Mehmanparast said Iran expected to consult with countries on the sidelines of the summit on a "comprehensive package" to resolve the Syria crisis.

Tehran has declared a five-day holiday in the capital to ease traffic pressures and potential security problems.