Taiwan expects to receive two frigates from US

Despite China's opposition, Taiwan's navy says it is preparing to take delivery of two frigates 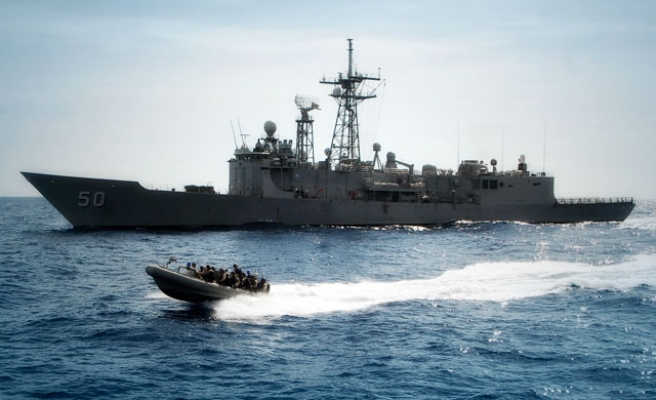 Taiwan expects to shortly finalize an arms deal with the United States for the purchase of two frigates.

Kyodo News reported the country's defense minister as saying Tuesday that his navy is prepared to receive the ships.

Kao Kuang-chi told the Legislative Yuan -- Taiwan's parliamentary body -- that, "our navy staff is ready to get them."

Despite opposition from China, the U.S. has already passed a bill into law authorizing the sale of four Perry-class guided missile frigates to Taiwan, which will get two in 2016 if it can finalize terms by the end of this year.

In Dec. 2014, when the bill was passed into law, China claimed the U.S. was reneging on previous bilateral agreements on arms sales.

On Monday, Taiwan's main opposition leader, Joseph Wu, said he had been informed that the sale would go ahead at an annual U.S.-Taiwan Defense Industry Conference in Virginia last month.

The country's state-run Central News Agency quoted him as saying his Democratic Progressive Party (DPP) approves of the deal.

"We will express our gratitude," Wu said, "As soon as the Congress approves the White House decision, the DPP will not use any reason to say no but would rather say 'thank you'."

Taiwan and China have been governed separately since they split amid a civil war in 1949.

Beijing has since then endeavored to isolate Taiwan, which it regards as a renegade province awaiting reunification, by force if necessary.

Despite improving economic ties, they still view each other as political rivals.