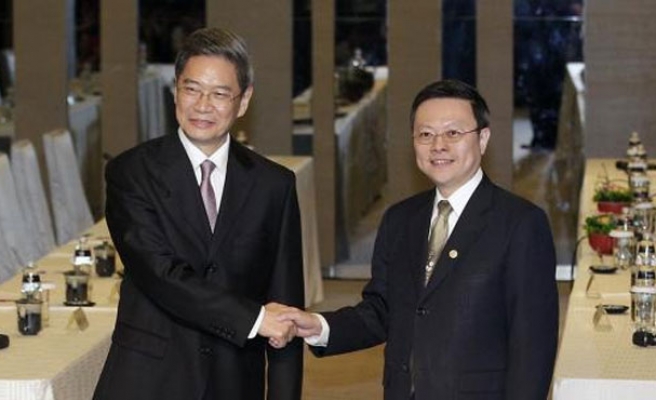 China's top official in charge of relations with Taiwan, who was targeted by anti-China protesters who threw paint during his last trip to Taiwan, will visit an outlying Taiwanese island next month, his counterpart in Taipei said on Wednesday.

Wang said during a legislative committee session he would also raise the issue of new domestic commercial air routes over the Taiwan Strait announced by Beijing last week.

Taiwan has objected to the new routes, citing flight safety concerns, and has said China's decision to announce the routes before both sides completed discussions was not acceptable.

Wang said Zhang would visit before Chinese New Year, which falls on Feb. 19, but details of the trip were still being planned and it was unlikely Zhang's trip would take him to the main Taiwan island.

Zhang was followed by protesters throughout his previous trip to Taiwan last June. In the pro-independence southern port of Kaohsiung, protesters became violent and tried to pour paint on him. They missed him, but the rowdy protests forced Zhang to cancel several meetings.

China regards Taiwan as a renegade province and has not ruled out the use of force to take it back, particularly if the island makes a move toward independence.

While Taiwan and China have signed a series of landmark trade and economic agreements since 2008, political and military suspicions still run deep, especially in democratic Taiwan where many fear China's true intentions.