Business stopped in Taiwan on Sunday as a mid-strength typhoon made landfall, bringing heavy rains and strong wind gusts. 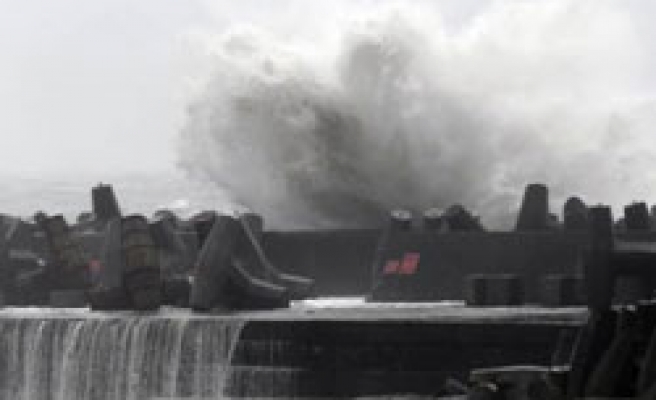 Business stopped in Taiwan on Sunday as a mid-strength typhoon made landfall, bringing heavy rains and strong wind gusts as officials scrambled to prevent a repeat of the devastation caused by a 2009 storm.

Typhoon Fanapi, Taiwan's most severe storm so far in 2010 with wind gusts of up to 198 kph (123 mph), had cancelled all domestic flights and a handful of international ones on Sunday.

Fears of high winds had also shut down the island's biggest ports, in Kaohsiung and Keelung.

Officials are on high alert after Taiwan's worst typhoon in five decades triggered mudslides that killed about 700 people in August 2009, prompting a cabinet reshuffle as Taiwanese accused the government of reacting too slowly.

Local governments across the island issued warnings to suspend work and school on Sunday. Any closure advice for Monday, when financial markets and government offices would normally open, is due around 1000 GMT on Sunday.

Fanapi, a category 3 typhoon on a 1-5 scale, was expected to envelop all of Taiwan on Sunday.

The island's Central Weather Bureau issued warnings for sustained winds of up to 162 kph as rainfall rose as high as 305 mm in the northeastern mountains.

The typhoon should weaken to a lower-strength tropical storm by Monday on its way to China, according to forecasting website Tropical Storm Risk (www.tropicalstormrisk.com).