U.S. weapons sales in recent years to Taiwan have attracted strong condemnation in China, but have not caused lasting damage to Beijing's relations with either Washington or Taipei. 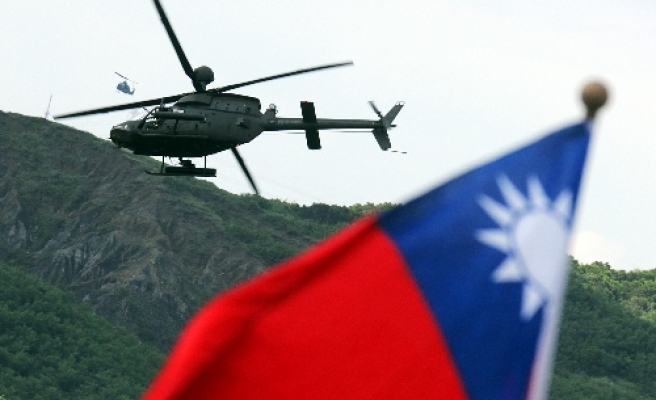 Taiwan's Defence Ministry said on Tuesday that it plans to buy two frigates from the United States, and that it hopes Washington will not be influenced by China's opposition to the sale.

The U.S. Senate unanimously approved a bill last week, authorising the sale of four Perry-class guided missile frigates to Taiwan. China expressed anger in April when a similar bill passed in the U.S. House of Representatives.

Taiwan Defence Ministry spokesman David Lo said they had budgeted about NT$5.5 billion ($176 million) in total for two of the frigates, not including any upgrade needs, and will review their needs and then make a decision on the other two vessels.

"We have the budget approved to purchase two of the frigates," he said.

Lo added that Taiwan hopes to take delivery of frigates it can immediately put into operational service.

China expressed anger on Monday about the deal.

"We hope the U.S. will not be influenced by threats from China," Lo said.

China and Taiwan have been ruled separately since defeated Nationalist forces fled to the island at the end of a civil war with the communists in 1949. China has never renounced the use of force to bring Taiwan under its control.

U.S. weapons sales in recent years to Taiwan have attracted strong condemnation in China, but have not caused lasting damage to Beijing's relations with either Washington or Taipei.

Under the Taiwan Relations Act, enacted in 1979 when Washington severed formal ties with the island in favour of recognising the People's Republic of China in Beijing, the United States is obligated to come to Taiwan's aid in the event of an attack.

While Taiwan and China have signed a series of landmark trade and economic agreements since 2008, political and military suspicions still run deep, especially in democratic Taiwan where many fear China's true intentions.

China's military modernisation has also been accompanied by a more assertive posture in its regional territorial disputes.