Taiwanese president wants relations with China get back on track 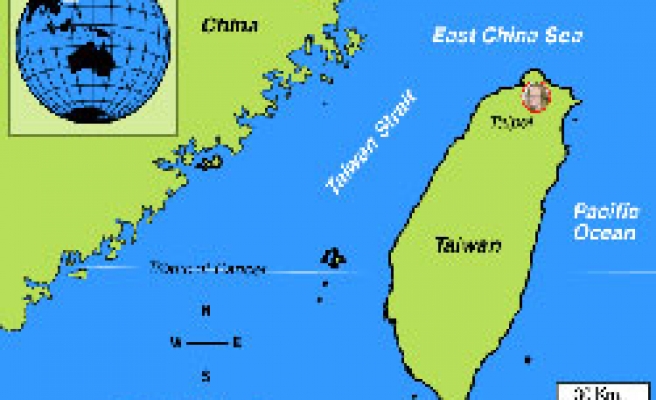 Taiwanese president Ma Ying-jeou said relations with China should quickly get back on track after a rocky six months, adding support to Beijing's recent call to set aside differences.

"We believe that (cross-strait relations) should rapidly get back on track," Ma said, according to a transcript of an interview with Japanese media released on Friday.

Ma characterized the China-Taiwan relationship in the past six months as being "a bit tumultuous", said the transcript on the presidential office website.

But he said the two sides would continue to push forward with talks under a broad cross-strait economic framework and on talks to allow mainland air travellers to transfer in Taiwan.

Ma and his predecessors have never been able to attend an APEC summit, despite the island being a member, due to arm-twisting by Beijing. Taiwan's top delegate to previous APEC meetings have been either business leaders or retirees.

Ma riled China last month when he urged Beijing to move toward a more democratic style of development and reiterated his support for demonstrators in Chinese-ruled Hong Kong who were calling for full democracy.

China's top official in charge of ties with Taiwan, seeking to charm the island, was forced to cut short his first-ever visit there in June following violent protests.

Taiwan's parliament building was occupied from March for weeks by hundreds of protesters angry at a pending trade pact that would open 80 of China's service sectors to Taiwan, and 64 Taiwan sectors to China, as part of the Economic Cooperation Framework Agreement (ECFA).

The two sides have been ruled separately since 1949 when Nationalist troops retreated to Taiwan after losing a civil war to the Communists on the mainland. China, which claims Taiwan as its own, has sought to push the island into diplomatic isolation and vowed to attack if Taiwan formally declared independence.