Residents gathered in protest at the killing of another former warlord, Imomnazar Imomnazarov. 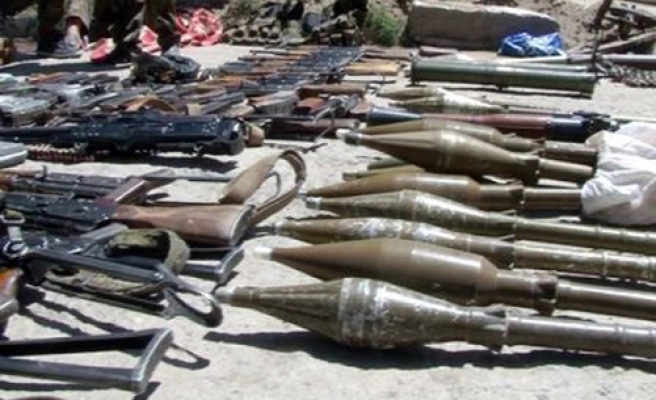 About 2,000 people occupied the centre of a Tajik border town on Thursday to demand a withdrawal of government troops, a month after a military assault aimed at capturing an ex-warlord killed dozens of people in the former Soviet republic.

The trigger for the latest protest in Khorog was the unsolved killing of another former warlord who fought the government in a 1992-97 civil war and enjoyed support among the population of the Gorno-Badakhshan autonomous region.

Protesters pitched tents on the town square. Several of the participants said by telephone that police, not troops, were watching from a distance. There was no sign of violence.

"We're here to show the authorities that you cannot kill us in our homes during the night," one of the protesters, who gave his first name as Dodikhudo, told Reuters by telephone. "As long as the troops remain in Gorno-Badakhshan, we won't be leaving."

Government forces in Tajikistan, an impoverished Central Asian nation, stormed Khorog on July 24 in pursuit of a former warlord accused of murdering the local head of the State Committee on National Security, successor to the Soviet-era KGB.

Seventeen soldiers, 30 rebels and at least one civilian were killed in the fighting, near the Afghan border about 520 km (325 miles) southeast of the capital Dushanbe.

Some analysts said the military operation, the largest of its kind in almost two years, was a show of force by President Imomali Rakhmon, whose control over parts of the country remains tenuous 15 years after the end of the civil war.

The wanted warlord, Tolib Ayombekov, denied involvement in the murder and avoided capture, but gave himself up voluntarily on Aug. 12. Though this was a condition for troops to withdraw, residents say soldiers remain stationed on the edge of the town.

Residents gathered in protest at the killing of another former warlord, Imomnazar Imomnazarov. Unknown assailants threw a grenade into his home and fired on it early on Wednesday.

The prosecutor-general's office promised to investigate the murder, but in the same statement also accused Imomnazarov of having participated in organised crime, including the smuggling of drugs and precious stones.

Separated from Afghanistan by the Pyanj river, Gorno-Badakhshan is an autonomous region where the authority of central government is fragile. Most of the regional population sided with the opposition during the 1990s civil war.

Situated high in the Pamir mountains, the region covers about half of Tajikistan but its 250,000 people account for less than 4 percent of the country's 7.5 million population. More than 30,000 people live in Khorog alone.

Several local residents, who declined to give their full names, said by telephone that many former warlords in the region earned money through crime. However, many had won the respect of local people by dividing the spoils.

"People in Gorno-Badakhshan are very poor. The commanders have always given some of their riches to their neighbours, helping them to organise weddings, funerals and studies," said one Khorog resident, who gave her first name as Midzhgona.

"People close their eyes to where the money has come from."

"Further silence could lead to disorder," he said. "There are many rumours around the killing of Imomnazarov. History has shown that rumours can give birth to uncontrollable violence."