Unidentified men opened fire on a column of troops in Tajikistan, killing at least 23, a senior government official said. 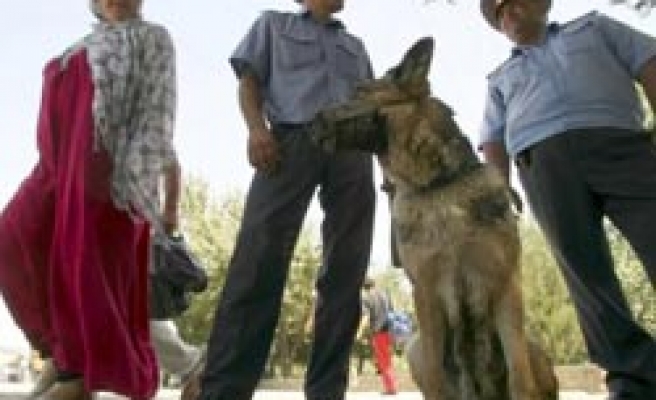 Unidentified men opened fire on a column of troops in Tajikistan on Sunday, killing at least 23 and sparking a fierce shootout which continues to rage, a senior government official told Reuters.

The troops had been travelling to reinforce roadblocks in the north of the country.

"A column of trucks carrying army servicemen came under heavy submachine fire from an ambush in the Komarob gorge," the official said. "The column is not moving. The fighting continues. Armoured vehicles are now being drawn to the area."

He said at least 23 government servicemen had been killed and 10 others wounded in the attack, which occured in the Rasht region, some 50 km (30 miles) from the border with Afghanistan and 180 km (110 miles) east of the Tajik capital.

Soem prisoners including organisers of an alleged coup plot escaped a detention centre in the capital Dushanbe a month earlier.

Only seven of the 25 fugitives, who included many Muslim fighters and government opponents, have been captured.

The Defence Ministry said it believed the ambush was carried out by people linked to Abdullo Rakhimov and Allovidin Davlatov, Muslim commanders who came to prominence during the civil war that devastated this former Soviet republic in the 1990s.

Tajik President Imomali Rakhmon left for New York hours before the attack to take part in the session of the United Nations General Assembly and a government spokesman said he had had no plans to cut short the trip.

"The Tajik president demanded that the republic's security bodies put the east of the country in order and expressed his condolences to the relatives and loved ones of the dead," the spokesman said.

Most Muslim fighters gave up armed resistance after reaching an uneasy peace settlement with the government. But many returned with a fierce anti-government position over concerns they were being squeezed out of official positions granted to them as part of the peace agreement.