The Tajik official close to the talks said Tajikistan was forced to accept Russia's terms over the base because it "has no trump cards in its play with Russia". 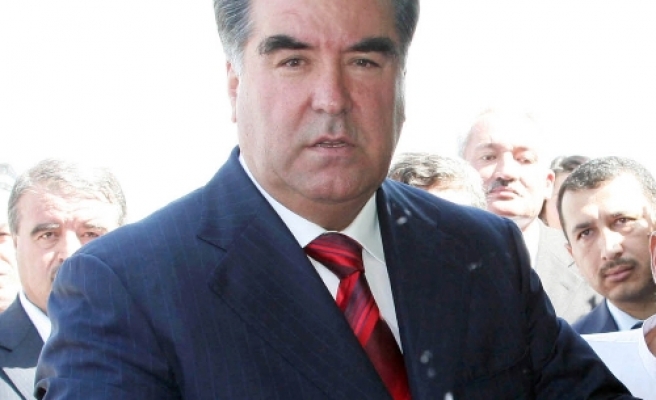 Russia and Tajikistan have agreed in principle to extend Moscow's lease on a military base in the strategically located country for another 49 years, Russian and Tajik officials said on Tuesday.

Former imperial master Russia views ex-Soviet Central Asia as its sphere of influence and, as NATO plans to pull out of next-door Afghanistan in 2014, is keen to retain its military presence in the often turbulent region.

"The defence ministries of Russia and Tajikistan have reached agreement. The base will stay for another 49 years without any compensation to be paid," a senior Tajik official close to the talks told Reuters on condition of anonymity.

"We accepted these conditions in response to Russia's commitment to assist in arming Tajikistan by supplying weapons to the republic at reduced prices," the source said.

The Tajik official close to the talks said Tajikistan was forced to accept Russia's terms over the base because it "has no trump cards in its play with Russia".

"If we reject Russia's terms, it will be able to pressure us, while we won't have anything to resist it," he said. "Let's face the truth: we have unstable Afghanistan in the south and Uzbekistan, which is far from being friendly, to the west and the north."

Tajikistan, which has a population of 7.5 million, is the poorest of the 15 ex-Soviet republics. Cash remittances from the estimated 1 million Tajiks who work abroad, mainly in Russia, help keep its rickety economy afloat.

Russia used its troops deployed in Tajikistan to support the country's secular government, which fought Muslims during a 1992-97 civil war, shoring up Rakhmon's presidency.

"I believe Rakhmon will never be openly opposed to the presence of the 201st base," Tajik political analyst Zafar Abdullayev said.