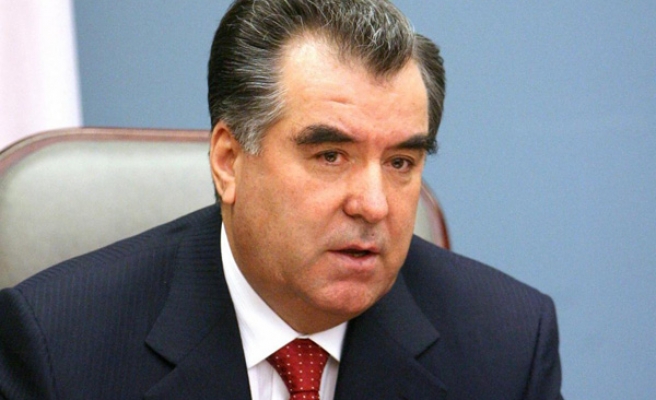 Tajikistan's parliament on Friday backed changing the constitution to allow the ex-Soviet country's long-serving president Emomali Rakhmon to run for office an infinite number of times.

The 63-year-old president has led the impoverished Central Asian country since 1992.

"The lawmakers proposed including this new article in the country's constitution."

The amendments now have to be approved by the constitutional court and put to a national referendum.

"According to the Tajik constitution, a person can stand for president twice for 7-year terms. However this does not apply to the Leader of the Nation," argued Vatanzoda, one of the authors of the amendments.

Rakhmon, a former collective farm boss, won a seven-year term in a one-sided election in 2013. He is eligible to serve another term after that following constitutional reforms. The next election will be in 2020.

In 2003 he had overseen another hastily-arranged constitutional referendum which, through various technicalities, allowed him to keep the post until 2020.

Tajik lawmakers also backed changing the constitution to allow candidates to stand for president from the age of 30, down from 35.

Tajik analysts suggested this was to allow the president's 27-year-old son Rustam Emomali, who heads the government's anti-corruption agency, to potentially stand for president in 2020.

Lawmakers in the majority-Muslim country also supported a ban on faith-based political parties, apparently targeting the moderate opposition Islamic Renaissance Party of Tajikistan, which was last year shut down and declared "terrorist".

Tajikistan's secular government has raised alarm over hundreds of its citizens going to join ISIL in Iraq and Syria.

Tajikistan is the poorest of the five Central Asian countries that emerged from the Soviet Union, sharing borders with war-torn Afghanistan to its south and China to the east.

After the fall of the Soviet Union, it was ravaged by a five-year civil war between pro-government forces and a coalition of democratic,and regional factions. It ended with a 1997 truce after 150,000 people died.