At least two policemen and 10 Taliban militants were killed in the eastern province of Kunar, Afghan authorities said 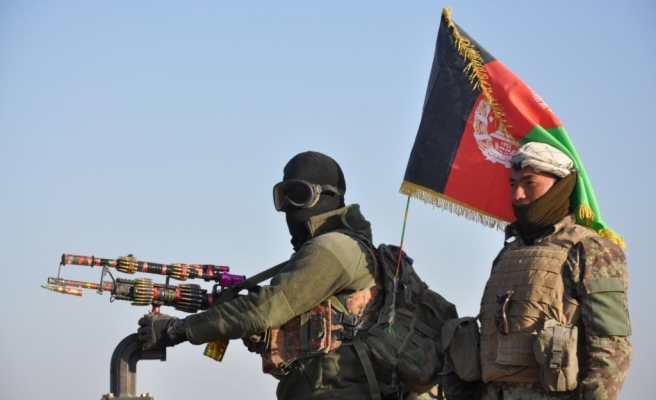 At least two policemen and 10 militants have been killed during an attack, which was initiated by Afghan and Pakistani Taliban, in Afghanistan’s eastern Kunar province on Saturday, Afghan authorities said.

“At least four policemen and 14 militants were injured during the fighting, which lasted for nine hours,” he told The Anadolu Agency.

Taliban militant spokesman Zabihullah Mujahid confirmed the attack, claiming the capture of three police posts. He added that 11 policemen and a militant had been killed.

Taliban militants have intensified their attacks and operations against Afghan national security forces in the restive Kunar province, which borders Pakistan, after U.S. forces withdrew from the province last month.

The attack comes after a senior Pakistani religious cleric and leader of the Jamiat ul Ulema-e- Islam party in Pakistan, Maulana Fazal-ur-Rehman, legitimized the Taliban insurgency in Afghanistan, saying it was a religiously justified "Jihad" in Afghanistan.

His remark came after his meeting with Afghan President Ashraf Ghani in Islamabad on Friday.