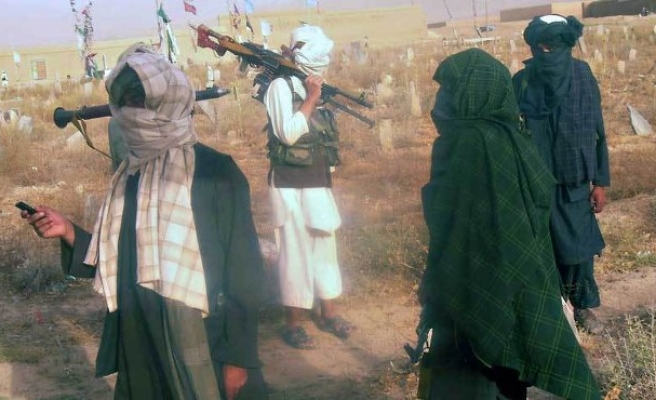 Several Taliban militants, including suicide bombers, have launched coordinated attacks in Torkham, a border town, in the eastern Nangarhar province of Afghanistan, on Monday evening.

According to Afghan security officials, militants targeted the customs department and the parking lot of Torkham where oil tankers and supply convoys for NATO forces are parked.

“A group of Taliban militants attacked the customs department around 9:00 pm local time (1630GMT) and several trucks and tankers have been set ablaze,” an Afghan security officer told Anadolu Agency on the condition of anonymity.

“Two militants were killed during fire exchange and the fighting between the remaining Taliban militants and Afghan guards continues,” he added.

A series of explosions have been reported in the area.

Heavy gun battle between the Afghan security forces and assailant militants is also being reported.

Torkham is a bordering town with Pakistan in the eastern part of Afghanistan, where hundreds of civilian trucks and NATO fuel supply tankers and military vehicles cross daily.

A U.S. military unit along with Afghan forces has been deployed in the area to ensure the security and safe pass of convoys coming from Pakistan to Afghanistan.