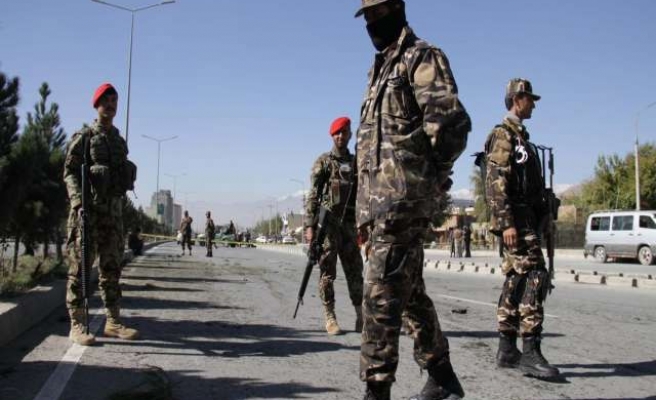 A group of Taliban militants attacked a neighborhood populated by diplomats and foreign organizations in Kabul  on Thursday evening, Afghan authorities said.

The attack began with the explosion of a bomb, and was followed with smaller blasts and gunfire between security guards and the militants. Initially the target was the guest house of the International Relief and Development - a U.S. organization.

Gunfire blasted and sirens screamed throughout the area while foreign staff and diplomats fled in bulletproof cars.

Several groups of Afghan national policemen, rapid reaction forces and other security service members were deployed to the area while helicopters surveyed the scene.

“They had attacked the office of foreigner. Two terrorists were gunned down by Afghan security forces,” deputy Interior Minister Mohammad Ayob Salangi said.

The operation to hunt down the attackers has ended, although security forces were looking for additional militants, Salangi said.

One Nepalese person was injured in the incident.

It was the 10th attack on Kabul in the past two weeks, and the second one today.

This attack came hours after a bomber targeted a U.K. embassy staff vehicle, killing six including two British diplomats while over 30 civilians were wounded.

The Afghan capital has seen suicide and bomb attacks almost every other day in recent weeks.

Taliban militants have intensified their activities since the Afghan government signed a security agreement, which allows U.S. and NATO forces to remain in Afghanistan beyond 2014.

The Afghan upper house approved the controversial security pact with the U.S. and NATO on Thursday.