Taliban vowed Sunday to attack polling places in Sept. 18 parliamentary elections, warning Afghans not to participate in what it called a sham vote. 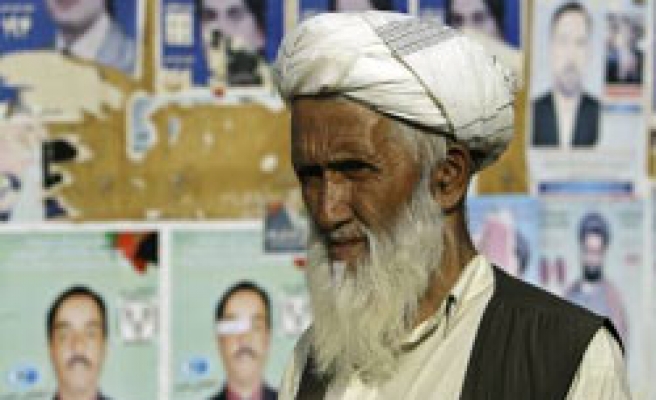 Afghanistan's Taliban vowed Sunday to attack polling places in Sept. 18 parliamentary elections, warning Afghans not to participate in what it called a sham vote.

The warning issued Sunday comes just under two weeks before the vote and follows the announcement of a final list of polling places to be opened around the country.

"This (poll) is a foreign process for the sake of further occupation of Afghanistan and we are asking the Afghan nation to boycott it," Taliban spokesman Zabihullah Mujahid said.

"We are against it and will try with the best of our ability to block it. Our first targets will be the foreign forces and next the Afghan ones," he told Reuters by telephone from an undisclosed location.

The insurgents seek to topple the government in Kabul and drive foreign troops from the country, and have boycotted or sought to sabotage all aspects of the political process.

According to Afghanistan's Independent Election Commission (IEC), 938 out of a planned 6,835 polling centres will not open on election day because of security fears.

"While it is a difficult decision not to open the polling centres in certain locations, we agree with the decision of the IEC to protect the security of voters, electoral workers and the secure and effective scrutiny of polling centres and voting procedures," the United Nations said in a statement on Sunday.

The commission said on Sunday 76 candidates had been disqualified so far for a range of reasons, from improper registration to links with warlords and private militias.

About 2,500 candidates are running for 249 seats in the Wolesi Jirga, or lower house of parliament, in Afghanistan's second parliamentary vote since the Taliban were ousted.

Long queues have formed outside branches of Kabulbank, Afghanistan's top private lender, since it was learned last week that the bank's top two executives had been replaced amid media allegations of corruption.

Karzai's government has assured the bank's depositors, which include 250,000 state employees, that deposits have not been lost and that the directors resigned to meet new regulations.