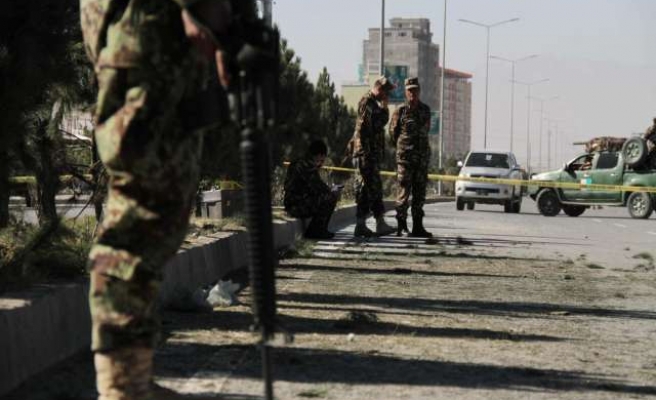 The Taliban militant group have denied their involvement in Saturday's deadly suicide car bomb attack that targeted a NATO contractors convoy in the Afghan capital of Kabul.

The blast, which took place on a busy road near a private hospital, a kilometer from the U.S. embassy, rocked a crowded residential area with many security checkposts.

A suspected suicide car bomber reportedly rammed his explosive-laden vehicle into the convoy .

An international coalition forces spokesman, Col. Brian Tribus, confirmed the attack on a NATO convoy, saying three contractors were killed in the attack.

"One Resolute Support contracted civilian was killed in an attack in Kabul at around 4:20 pm [1150GMT] today, two other contracted died of the wounds later," Tribus said in an email.

Wahidullah Mayar, spokesman for Afghan Ministry of Public Health, speaking to Anadolu Agency said at least 12 civilians including women and children had been killed. "Over 60 others were wounded," he said.

In an unusual move, Taliban spokesman Zabihullah Mujahid denied the group was behind the attack.

"Islamic Emirate mujahideen are not behind today's suicide attack. We don’t have any information about it," said Mujahid.

The Afghan Taliban have been claiming responsibility for every single attack on Afghan or international forces as well as governmental institutions in the past 13 years.

Kabul has seen bloody attacks this year as NATO-led international security assistance forces handed over security responsibility to Afghan national forces at the end of 2014.