Taliban head: We are open for a dialogue

Pakistani Taliban leader Mehsud said, they were open to hold "serious talks" with the government. 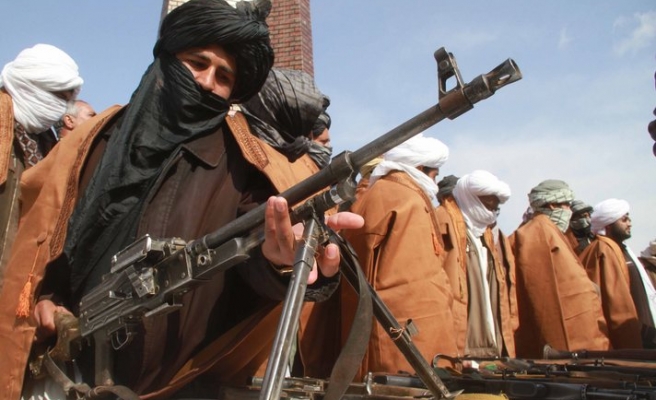 Leader of the Pakistani Taliban, Hakimullah Mehsud stated in a rare interview that they were open to hold "serious talks" with the Pakistani government however, "the government has not yet been approached", he added.

Speaking to the British media giant, the BBC in a rare interview, Mehsud denied the claims of carrying out deadly attacks in public places which took place recently, however, he expressed that they would continue targetting "America and its friends".

Talking about the possible peace talks between Pakistani Taliban and the government, Mehsud who does not come together with media often told BBC correspondent  Ahmed Wali Mujeeb, "The government needs to sit with us, then we will present our condition." In addition, the interview was held at an undisclosed location in Pakistan's north-western tribal area.

After being elected as the new Prime Minister of the country in May, Nawaz Sharif announced that his government would open unconditional talks with the Taliban.

Upon a question, assessing the possible peace talks between Taliban and the government, Mehsud said, "We believe in serious talks but the government has taken no steps to approach us. The government needs to sit with us, then we will present our conditions."

Even though Mehsud denies the claims of him carrying out deadly attacks in public places on civilians, the FBI placed a $5m bounty on his head as he is thought to be responsible for the deaths of thousands of people. Hakimullah Mehsud became the leader of the Pakistani Taliban back in 2009 after his predecessor Baitullah Meshud died in a US drone strike.