With increasing frustration over a Western legal code system that saw only what Westerners wanted to see, Afghans are turning to the Taliban justice system for equitable, fair and speedy resolutions for their legal woes. 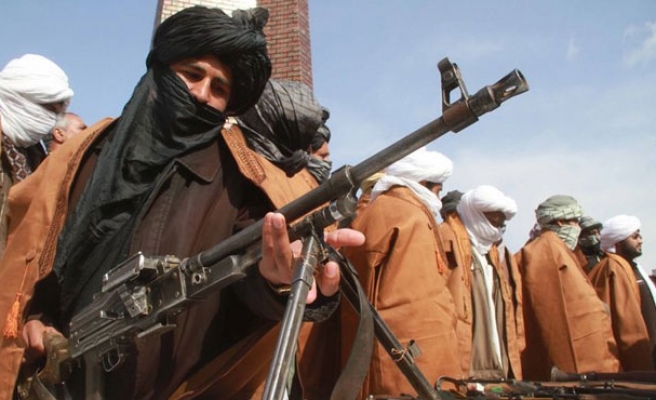 With ever increasing frustration of Western legal codes and government court systems seen as corrupt and unjust, many Afghans are now seeking justice under the Taliban justice system. Some cases taking months with bureucracy and unsuitable, ineffective codes take only days to be resolved under the Taliban - with no bribes or fees necessary. If anything, the system that is based on Taliban courts are easier, more transparent, and quick, and stand on Islamic law. If a judge was found to be corrupt, he would be beheaded.

Appealing to the wider community the Taliban's justice system has long been rooted in the traditional rural justice codes, which are now being mocked and discredited by everyday Afghans, in particular as the official international military mission has ended in the war torn country.A common saying, even in Kabul, is that to settle a dispute over your farm in court, you must first sell your chickens, your cows and your wife.

Many were discontent with the judiciary - led by President Ashraf Ghani, and the Taliban saw this as a chance to gain the approval of the locals. Setting up mobile courts that reached the remotest villages, they provided an alternative that provided a common solution to the Afghans. Hearings held two days a week, requiring plaintiffs to produced evidence and witnesses. Combined with the providion of militatnt commanders to provide services to locals and the fighters, became a surefire way to win their place amongst the locals.

Despite very few people making mention of the Taliban rule from 1996-2001 - especially with many unhappy regarding their strict social policies, the banning of girls education - their justice system is one that they support, even if they don't like to be ruled by them.

An example in point is landowner Mr Khan, a Kandahar landowner who sought the Taliban's help in resolving a case against Mr Aywaz. The dispute concerned the ownership of land on the edge of Kandahar City. Mr. Khan had built a house on the plot and was renting it to Mr. Aywaz. But shortly after moving in, Mr. Aywaz told Mr. Khan that he would not be leaving — ever. He claimed that before Mr. Khan built the house, the land belonged to him. AFter going through the court system that dragged on with no result, they referred the case to tribal elders who agreed that Mr. Khan owned the problem.

After Mr. Ayaz refused to acknowlege the decision, Mr. Khan referred the matter to the Taliban.

Within three hours, the Taliban judges came with a verdict in favour of Mr. Khan and told Mr Ayaz that putting a sign up to say that he owned the land did not give him the legal right of possession - in turn Mr. Aywaz was not bitter about the result and said that, he "didn't understand how shariah worked but he was glad that the land was taken" from him as they had told him "I needed to build a proper building. It makes sense to me".