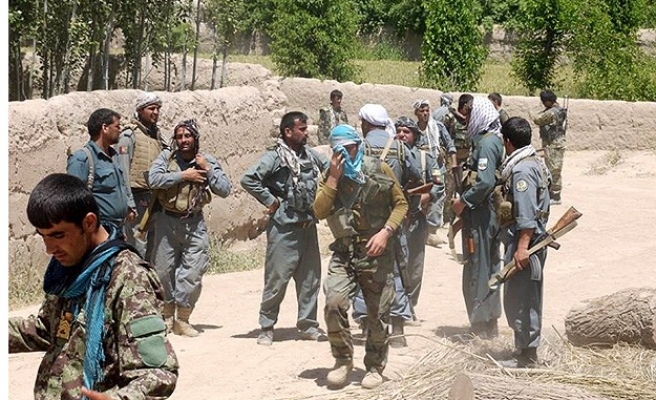 The Taliban shot and killed six people working for a demining company in western Afghanistan, police said on Thursday, a day after the United Nations said the number of civilian casualties in the country jumped by a quarter in the first half of 2014.

"The Taliban killed six de-miners from the Halo Trust landmine clearance organisation while they were on an operation in Kohsan district of Herat. They abducted three people," said Abdul Rauf Ahmadi, a spokesman for the provincial police chief.

"The de-miners started their trip very early in the morning and hadn't informed the police," Ahmadi said, adding that a manhunt was under way to rescue the three abducted workers.

The United Nations has documented 4,853 civilian casualties in Afghanistan, including 1,564 civilian deaths and 3,289 injuries, in the period between Jan. 1 to June 30.

In southern Zabul province, four policemen were killed by three of their colleagues overnight. The rogue policemen have since defected to the Taliban with guns and a police vehicle.

The Taliban claimed responsibility for the Zabul attack.

Earlier on Thursday, Taliban militants entered a house in Shahjoi district of Zabul and killed a woman, accusing her of cooperating with the government, police said.