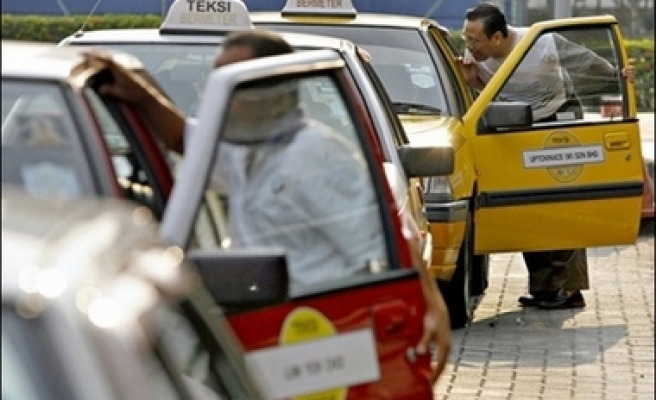 For Mamik, her blindness used to make negotiating the busy sidewalks of Yogyakarta such an ordeal that she usually preferred to stay at home rather than undertake a journey dodging broken paving stones and potholes.

Local transport services provided little relief for the 45-year-old housewife, with buses often stopping a short of her ultimate destination, meaning undergoing another trial in a city where little allowance is made for people with disabilities.

“It makes me too lazy to go out of the house because everything is too hard,” Mamik, who lives in Yogyakarta’s Bantul district said.

However, the launch of a motorcycle taxi service aimed specifically at people with disabilities has transformed her daily routine.

Difa Tour and Travel, known locally known as Difa-Jek, was founded two years ago. Today, its 17 customized bikes, which are operated by riders with physical disabilities of their own, provide a lifeline for Yogyakarta’s 25,000-strong disabled community.

“They patiently guide me to my destination and they know what they should do,” Mamik said, referring to the Difa-Jek riders. “Now I'm no longer afraid to travel alone.”

Another blind customer, Pardiono, works as a masseur and relies on Difa-Jek to take him to customers.

“I am quite helped by the existence of Difa-Jek, especially to go to locations that cannot be reached by public bus,” he said. Pardiono previously had to walk 3 kilometers (2 miles) from his village on the outskirts of Yogyakarta just to reach a bus.

The service is the brainchild of Triyono, who like many Indonesians uses just one name.

“Disabled people are left behind in many ways,” Triyono said. “One of them is because access to public facilities is very limited. They end up unproductive, though they have the skills and are able to work.”