Using just mobile phones, Indian villagers have found a platform to report their own problems without mainstream media 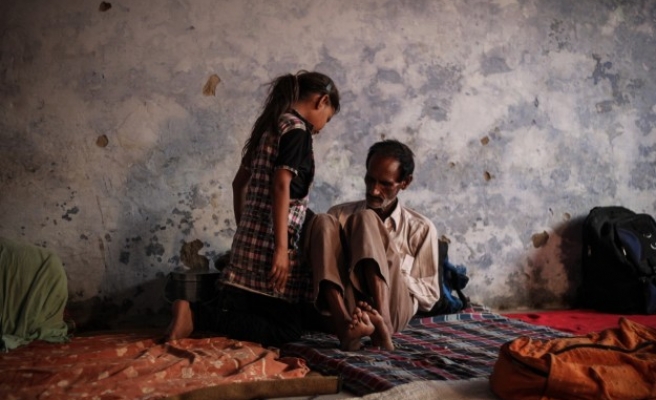 A form of mobile technology called CGNet Swara, developed by a former journalist, gives tribal and indigenous groups a chance to communicate with each other, the rest of the country and the outside world about the issues affecting their communities.

“There’s no power supply where we live and we’re forced to live in the dark. It is very dangerous as it is a remote forest area. We have appealed to officials many times but no action has been taken so far,” was the report on CGNet Swara from Lavlesh Kumar Adivasi, from the village of Virpur in Chhattisgarh's neighboring state Madhya Pradesh.

He said: “No one is ready to listen to our problems. The mainstream media pays no attention to our plight. Our problems don’t concern them.”

That’s why he turned his hopes towards CGNet Swara, a community-based platform that gets news from local villagers by turning their mobile phones into a way to send and receive reports, with the help of a server hosted in India's IT hub of Bangalore.

The system is activated by the user leaving a missed call to a designated number, which then phones them back, allowing them to record their messages; usually of daily problems they face in rural and remote areas of the state.

All messages are translated into four languages: Gondi, Chhattisgarhi, Kurruk -- the main tribal languages of the state -- and Hindi, by a group of volunteers trying to establish the first community news outlet in these languages.

The project is the brainchild of former journalist Shubhranshu Choudhary, who wants it to become a way for alienated communities to connect to the rest of India.

"The tribal people we work with in Central India have very limited connectivity with the outside world. They don’t have electricity. There are limited numbers of roads in the area but mobile phones are readily available," Choudhary told Anadolu Agency. "So that becomes the only way for them to exchange information with the outside society.”

As a native of Chhattisgarh, Shubhranshu was already familiar with and concerned about the lack of news coverage in the region.

But with many in the tribal belt illiterate they cannot read newspapers, even if they can afford them. So his project was designed to train local people to report for themselves and then allow them to listen to what others had to say through a mobile phone; a system they say has reached two-thirds of people in the area.

“[We] thought of using the new technology to draw the government’s attention towards the issues that concern the tribal communities. The tribal people of this region are largely neglected although they constitute about 32 percent of the total population of the State and they have very little connection with the outside world.

With mobile penetration, it was the only way to provide news to them and it also served as a voice for them," said Choudhary.

After a slow start in 2010, the community-based forum has begun to receive more than 150 calls a day, out of which they publish eight to 10 after verification.

The technology is designed to be used by anyone with a simple mobile and CGNet Swara teams regularly organize training sessions for local people. They have begun extending those sessions by taking their van to tour other states with similar problems.

"What’s happening now is that we’re getting lots of information from remote areas in various tribal languages. This media will work as a bridge, not only amongst tribals but between tribals and non-tribals; and also between the poor people in other parts of India,” said Choudhary.

Although there is a local media presence in Chhattisgarh, a place with some of India's harshest poverty and a persistent Maoist insurgency, there are very few sources for the tribal population and many in the state feel their issues are not projected in the media.

But CGNet Swara has had some successes. Dhuni Shandil from neighboring Orissa state complained that elephants destroyed homes in her village and ate their grain in 2014. After reporting on the platform that they had not received any compensation from the authorities she was, within three days, given 10,000 Indian rupees ($170).

“Otherwise mainstream media is not interested in listening to our problems. This is the place where we can give our news.”