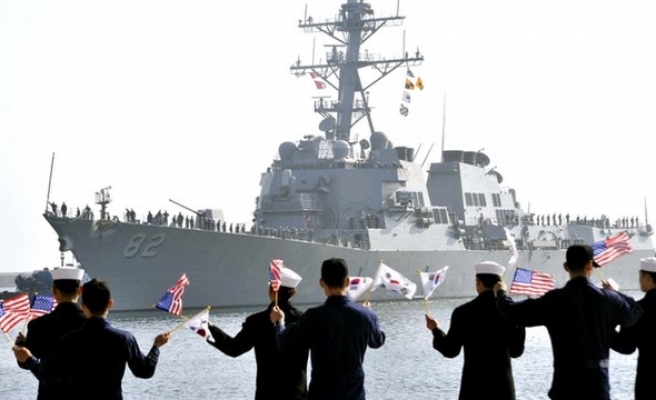 North Korea regularly protests the annual exercises, which it says are a rehearsal for war, and has recently stepped up its own air, sea and ground military exercises, amid a period of increased tensions between the rival Koreas.

"The whole course of Key Resolve and Foal Eagle is aimed to occupy the DPRK through preemptive strikes," said an editorial in the ruling Workers' Party newspaper, the Rodong Sinmun, referring to the names for the exercises.

DPRK is short for Democratic People's Republic of Korea, the North's official title.

Tuesday's statement by the joint U.S.-South Korean Combined Forces Command said the North Korean army had been informed of the dates and "non-provocative nature" of the exercises.

In 2013, following its third nuclear test, North Korea declared the armistice agreement which ended the 1950-53 war as "invalid" in response to the exercises.

The U.S. responded with long-range nuclear-capable B-2 bomber flights over the Korean peninsular in a show of force it said was designed to show U.S. ability to "conduct long-range, precision strikes quickly and at will".

Overtures for dialogue by both Koreas in recent months have stalled, with Pyongyang describing inter-Korean relations as "inching close to a catastrophe," in a separate Rodong Sinmun article.

"A chance for dialogue and (a) diplomatic solution (has) already been scuppered. What remains to be done is to militarily react to the U.S. while bolstering up war deterrence to the maximum," Tuesday's Rodong Sinmun editorial said.