The ruling said that if the government wanted to get an elected assembly to overhaul the whole constitution, as it wants to do, a referendum was needed. 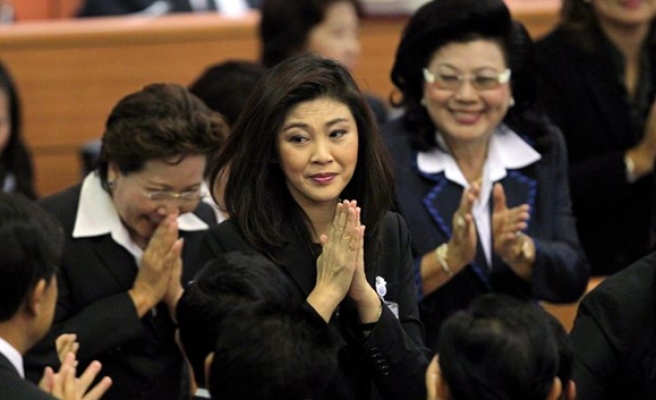 A Thai court on Friday rejected charges that constitutional amendments proposed by the ruling party threatened the revered monarchy, but ruled a referendum was needed for a rewrite of the charter.

The decision should ease political tensions that have spiralled in Thailand over the last few days.

The government's "red shirt" supporters, who had been massing near parliament and had threatened protests if the ruling went against them, were jubilant with the verdict, waving flags and cheering.

The ruling left the way open for parts of the constitution to be changed but said that if the government wanted to get an elected assembly to overhaul the whole constitution, as it wants to do, a referendum was needed.

The ruling was being watched closely because it could have opened another violent chapter in Thailand's seven-year political divide between the pro-royal establishment in Bangkok and the rural-based red shirts.

Powerful royalists oppose any change to a constitution enacted under a military-backed government in 2007.

The verdict of the court would appear to remove that threat, giving the government time to work how out to proceed without giving either its supporters or opponents cause to protest.

"This is a ruling that keeps the balance betweeen the opposition and the ruling party," said Siripan Nogsuan Sawasdee, associate professor in the political science faculty at Chulalongkorn University.

"I believe that the referendum will allow the whole charter to be amended because of the overwhelming support for this government," she said, adding, however, that the opposition Democrats should also be pleased because the process could not now be pushed through quickly.

If the court had found against the government, it might also have found reason to dissolve the ruling party for trying to push through illegal changes, potentially bringing down the government of Yingluck Shinawatra.

The government maintains its proposed changes are part of efforts to bring reconciliation to Thailand, altering a constitution seen by some as undemocratic.

Its opponents had argued the changes would threaten the constitutional monarchy and that one undeclared aim was to pave the way for former premier Thaksin Shinawatra to return from self-exile without serving time in jail for a graft conviction.

Thaksin is Yingluck's brother and is believed to be the real power behind her government, giving it orders from his villa in Dubai.

A former telecoms billionaire, he is adored by the poor but reviled by the royalist establishment and military, which toppled him in a coup in 2006.

One article in the current constitution gives additional power to the judiciary and independent agencies that helped investigate corruption charges against him after he was deposed.

If it were to be amended, the legitimacy of any action taken during the coup and the subsequent investigation could be put into question.

The king, who has been in hospital for three years, suffered another bout of ill health overnight and has had to cancel a trip out of Bangkok at the weekend. He is seen as a unifying figure and the news earlier on Friday added to the tension surrounding the court case.

Thaksin's red shirts had effectively paralysed central Bangkok with a mass rally in April and May 2010 before a military crackdown ended it. At least 91 people were killed in the violence.

Kwanchai Praipana, a red shirt leader, told Reuters before the verdict the group was ready to gather at provincial town halls in the northeast, Thaksin's stronghold, if the court ruled against the charter change.

However, in some recent video-links to rallies, Thaksin has appeared more willing to compromise on the conditions for his return, telling his red shirt supporters to be patient since reconciliation would take time.