A Thai court began a trial into alleged funding irregularities by the ruling Democrat Party. 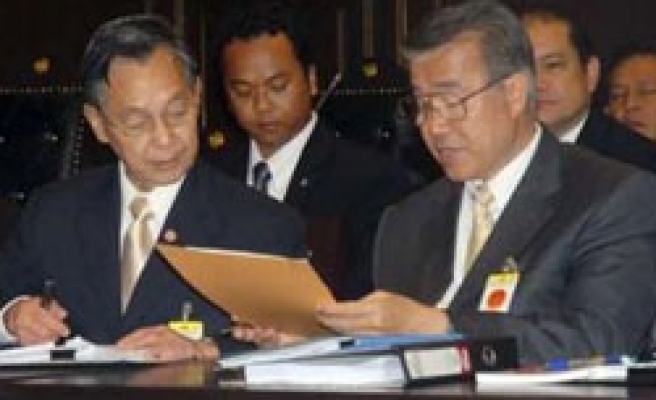 A Thai court began a trial on Monday into alleged funding irregularities by the ruling Democrat Party in a case that could complicate a long-running political crisis in Southeast Asia's second-largest economy.

The Constitution Court case centres on mismanagement of an election campaign grant and could lead to the dissolution of Thailand's oldest political party plus bans on its executives, including Oxford-educated Prime Minister Abhisit Vejjajiva.

The case is expected to last two months and early proceedings are unlikely to have much impact on financial markets, which have rebounded strongly after deadly political violence in April and May, with the baht and stock market both reaching 26-month highs on Monday.

"The political situation might get more fragile in October, as Thailand's Constitution Court is likely to rule on the dissolution case," KGI Securities said in a note to clients. "From now until October, the Thai political backdrop should have a muted impact on the stock exchange."

The Election Commission accuses the Democrats of misusing a 29 million baht ($905,000) grant in the 2005 general election by failing to declare their purchase of campaign signs that were far smaller and cheaper than the one they had requested funds for.

Dissolution and political bans would be a major setback for the Democrats and for their powerful supporters among the military, royalists and a conservative business elite that has long fought to keep populist parties backed by ousted former Prime Minister Thaksin Shinawatra at bay.

Should the court move to dissolve the Democrats, it could result in a new election, which the pro-Thaksin Puea Thai would be well placed to win because of its huge rural support.

Analysts say that even if the courts eventually acquitted the Democrats, Abhisit's efforts to resolve a divisive and increasingly violent five-year political standoff will remain hampered.

An acquittal would add fuel to claims by the Puea Thai Party and the "red shirt" protest movement, which both support Thaksin, that Thailand's courts are deeply politicised and closely aligned with a largely pro-Democrat establishment.

Two ruling parties led or backed by Thaksin have been dissolved by the courts since the 2006 coup, which removed him for alleged corruption and abuse of power during two terms in office, which both came after landslide election wins.

Thaksin was also found guilty of graft in 2008 and sentenced in absentia to two years in prison. Thaksin and his supporters say he is the victim of a biased judiciary that is riding roughshod over democracy with disregard for the electorate.