Deputy Prime Minister Prawit Wongsuwan, who is also defence minister, said elections will take place in 2016, citing groups opposed to the junta as one reason for the delay. 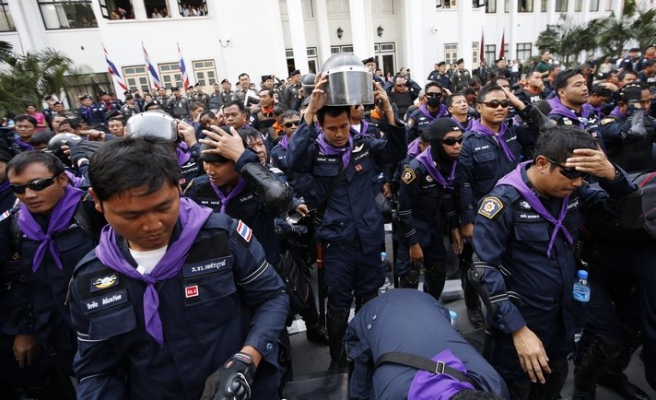 A Thai general election planned for next year will be delayed until 2016, a deputy prime minister said on Thursday, pushing back the promised return to democracy.

Prime Minister Prayuth Chan-ocha, who led a military coup in May, had previously hinted at a delay to polls promised for late 2015.

Deputy Prime Minister Prawit Wongsuwan, who is also defence minister, said elections will take place in 2016, citing groups opposed to the junta, or National Council for Peace and Order, as it is formally known, as one reason for the delay.

"We will be able to organise elections around the start of 2016 once the constitution is drafted," Prawit told reporters.

"Right now there are elements opposed to the National Council for Peace and Order."

Prayuth has outlined a year of reforms that are partly aimed at ending the political influence of former Prime Minister Thaksin Shinawatra.

The army has said the May coup was necessary to avoid further bloodshed after months of sometimes violent protests that helped oust Thaksin's sister, former Prime Minister Yingluck Shinawatra.

The military scrapped the constitution shortly after it took power and has appointed a committee to draft a new one.

Last week, the government said martial law, which the army imposed days before it took power, will not be lifted for the foreseeable future, despite an earlier pledge to lift the law in some provinces to help the tourism sector which has struggled since the coup.

Thailand plunged into political crisis almost a decade ago following the ouster of Thaksin, a former telecoms tycoon who upset the establishment with populist policies that won him votes in Thailand's agrarian heartland.

Thailand has been broadly split ever since between his supporters and detractors.

Prawit appealed for understanding over the delayed polls.

"We are not asking for much. Just a year to resolve past problems."

The New York-based Human Rights Watch said this week that Thailand had "fallen into an apparently bottomless pit".

"Six months after the coup, criticism is systematically prosecuted, political activity is banned, media is censored, and dissidents are tried in military courts," it said.