Yingluck was last week banned from politics for five years and indicted on criminal charges over her involvement in a state rice buying scheme that cost Thailand billions of dollars. 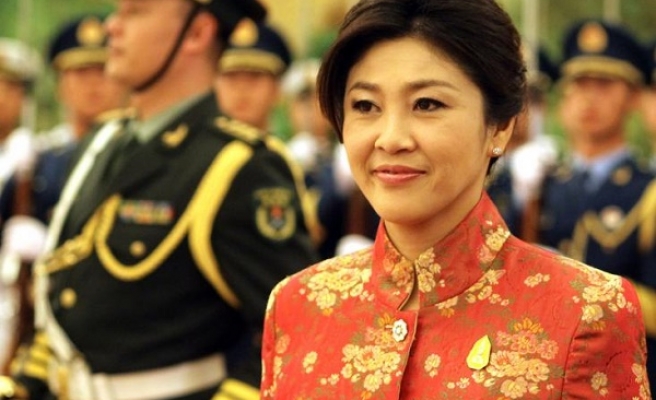 Thailand's military government has denied former Prime Minister Yingluck Shinawatra permission to travel overseas to ensure she is in the country to face criminal charges later this month, a government spokesman said on Sunday,

The military toppled the remnants of Yingluck's government in a coup last May, ending months of demonstrations on the streets of Bangkok that had paralysed her administration.

Yingluck was last week banned from politics for five years and indicted on criminal charges over her involvement in a state rice buying scheme that cost Thailand billions of dollars.

The attorney general will submit a subpoena to the Supreme Court on Feb. 19, and wants Yingluck to be present for that, government spokesman Sunsern Kaewkumnerd said on Sunday.

Yingluck had asked for permission to leave from Sunday until Feb. 22, he said.

"The suspect must be present for the first process of the case otherwise the case cannot proceed," Sunsern said.

Yingluck's lawyer, Norawit Laleng, said it was not necessary for her to appear in court for at least two months while prosecutors consider the case and chose judges to oversee it.

"If the NCPO (junta) denies her permission to travel using her court case as an excuse, then it is a violation of her basic rights," Norawit told Reuters.

Thailand has been tense since Yingluck's impeachment in January. Two bombs rattled a luxury shopping mall a week ago, and Thai media reported on Saturday that the government had confiscated banners from students ahead of an annual university football match.

Yingluck's supporters say the charges against her are an attempt to limit the political influence of her brother, ousted former prime minister Thaksin Shinawatra.

The charges are the latest twist in 10 years of turbulent politics that have pitted Yingluck and her brother against the royalist military establishment that sees the Shinawatras as a threat and reviles their populist policies.

Yingluck's fortunes have been similar to those of her billionaire brother.

Both led populist governments toppled in coups, despite being elected in landslides, and both were subjected to legal action and street protests by pro-establishment activists.

Thaksin was ousted in 2006 and fled Thailand to avoid a 2008 jail term for corruption. He has lived abroad since, but retains a strong influence over Thai politics.

Yingluck could face up to 10 years in prison if found guilty by the Supreme Court. She has pledged to fight the charges and her advisers say she has no intention of fleeing.

"Yingluck is ready to fight. She will not run because we have facts and evidence to fight the case," Norawit, her attorney, said.