The Thai junta is reversing original policy of stopping all direct subsidies and is now helping to stabilize rubber prices and extending millions in loans. 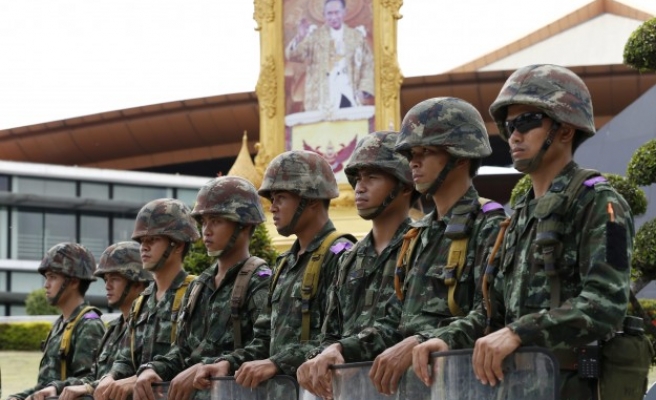 After months of casting scorn on the “populist policies” of the government it overthrew, the Thai junta has now taken a page from deposed Prime Minister Yingluck Shinawatra's book - instating public assistance to farmers amid mounting pressure and the threat of demonstration.

Among the first to win over the junta’s reluctance are rubber farmers from southern Thailand who obtained a promise from the military Tuesday that the country's 210,000 ton stockpile of rubber will not be sold – an event they feared would have brought a collapse in the world prices.

“There will be no protest if the National Council for Peace and Order [NCPO, the junta’s official name] keeps its promise,” Uthai Sonlaksap, the rubber council’s president, told local media after a meeting with a junta representative.

Thailand is the world’s largest producer and exporter of rubber.

Yingluck's former government was buying rubber at $3.2 a kilo - far above market prices - in an effort to placate rural supporters, but since overthrowing the government May 22, the junta had stopped all direct subsidies, even though the cost to produce a kilo of rubber is $1.85 - 6 cents above market price. At the start of the year, the market price was US$2.45.

Rubber farmers from the south, a fiefdom of the Democrat Party opposed to the overthrown government, were staunch adversaries of Yingluck’s administration and scores of them had joined anti-government protests in Bangkok from November to the May 22 coup.

Despite having cheered when the military took over, they then felt betrayed after the junta stopped all public assistance to farmers, be they rice or rubber tree.

In addition to the promise to refrain from putting rubber stocks on the world market, the junta also announced Tuesday a $186 million 10-year budget to stabilize rubber prices and conduct research on rubber production.

Criticisms have been mounting in the last days against suppression in the 2015 budget - approved August 18 - of all subsidies to farmers.

“The NCPO needs to accept that some subsidies may be necessary for growth and redistributive objectives and a well-designed policy needs not be corrupt, inefficient or disruptive to the market or longer-term reforms,” former Prime Minister Abhisit Vejjajiva, an economist by training, wrote Tuesday in a Bangkok Post column.

A massive loss-ridden rice subsidy program launched by the previous government has been stopped by the junta, which on taking control immediately paid $2.7 billion to farmers who had been waiting their dues for months.

Micro-credits, village funds and other help schemes under the Yingluck administration have also been cancelled amid junta worries over the rising level of debt, which currently stands at 82 percent of the GDP.

On Tuesday, the Bank of Agriculture and Cooperatives announced that it will extend - on the junta’s order - a 10-year loan of $344 million to farmers at an interest rate of 12 percent, in an effort to fight off loan sharks who charge rates from 36 to 60 percent a year.

Farmers who are heavily indebted with banks often end up borrowing from loan sharks just to pay the interest on their loans - entering a never-ending cycle of debt.