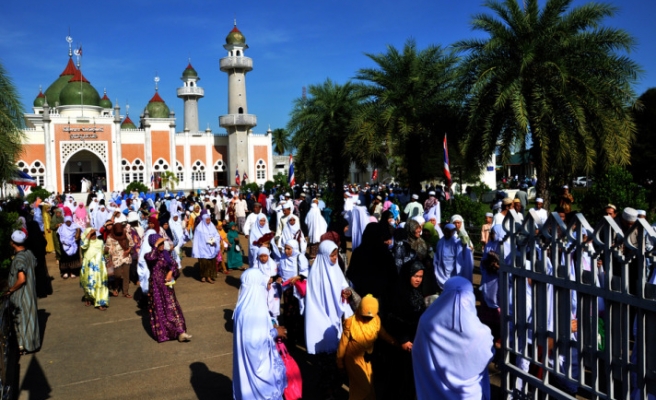 Thailand's military government said on Monday peace in the Muslim-dominated south was an "urgent national priority" for the Buddhist-majority country following a decade of unrest.

The message comes a week after the start of the Muslim holy fasting month of Ramadan and days after the new government, led by General Prayuth Chan-ocha, said it would revive talks aimed at bringing peace to the provinces of Pattani, Yala and Narathiwat.

"The south is an urgent national priority. Prayuth wants firmer measures and more success in the south," Udomdet Sitabutr, secretary-general of the ruling National Council for Peace and Order, told reporters ahead of a visit to the region.

Prayuth said in his weekly speech to the nation on Friday the military government wanted to use political strategies over military tactics in the south.

Resistance to Buddhist rule has existed for decades in the predominantly Muslim provinces of Yala, Pattani and Narathiwat, which were part of a Malay Muslim sultanate until annexed by Thailand in 1902.

The government of Prime Minister Yingluck Shinwatra, which was ousted by the military in May, started peace talks last year with the BRN, or National Revolutionary Front. The talks quickly collapsed and efforts to revive them were put on hold while Yingluck focused on containing months of street protests.

Violent attacks spiked during Ramadan last year partly, authorities said, in retaliation to the peace talks, which some rebel groups refused to acknowledge.

According to Deep South Watch, violence in the south sky-rocketed when the peace talks began in 2013 to a level not seen since 2005-2007. Critics of the talks say the Thai state has been unable to identify those behind the attacks and no organisation has ever claimed responsibility.

Some had even feared the military government would revive more aggressive counter-insurgency tactics but the junta appears to be putting the focus on conciliation.

"The approach has to be more complete and there must be more action at a grassroots level so that the peace talks are long-lasting," said Udomdet.

More than 150,000 military, police and armed civilian "volunteers" are stationed in the three provinces and manned checkpoints dot the region's main roads, creating a high level of mistrust among the Muslim community towards those in uniform.

The military has allowed 48 community radio stations in the three southernmost provinces to go back on air for Ramadan. The junta silenced thousands of independent radio stations that it deemed "politically questionable" in the wake of the coup.

In the latest violence in the south, two police officers were shot dead last week in an attack carried out by 10 suspected fighters in Narathiwat, according to police.