Thai junta to send back Arakan Muslims to Myanmar

Thailand and Mynamar will work together to send more than 100,000 Myanmar refugees back to their home country, Thailand's military ruler says. 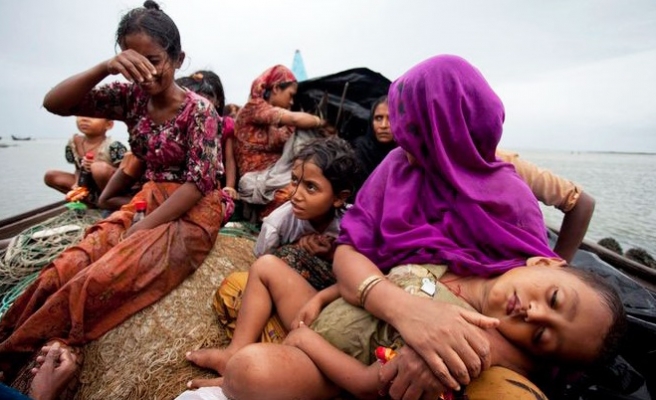 Thailand's military government said on Monday it would send home more than 100,000 refugees who have been living in camps for two decades and more along the border with Myanmar, a move rights groups say would create chaos at a tense time for both nations.

Thailand's military overthrew the remnants of an elected government in May after months of sometimes violent street protests. Its National Council for Peace and Order has rolled out a raft of tough measures it says are needed to restore order and has promised a return to democracy next year.

Its nominally civilian government has talked about repatriating the refugees, but non-governmental organisations say they are concerned by a lack of infrastructure to help returnees rebuild their lives.

"We are not at the stage where we will deport people because we must first verify the nationality of those in the camps," army deputy spokesman Veerachon Sukhontapatipak told Reuters.

"Once that is done we will find ways to send them back. There are around 100,000 people who have been living in the camps for many years without freedom. Thailand and Myanmar will help facilitate their smooth return."

Last month, comments made by a junta spokeswoman threatening to arrest and deport undocumented migrant workers sparked the departure of more than 200,000 Cambodians, a key component of the workforce in fishing, construction and other sectors.

Thailand scrambled to reverse that exodus by opening service centres to help migrant workers secure work permits. There are also an estimated 2 million Burmese migrant workers, the largest contingent of such labourers in the country.

An estimated 120,000 Burmese refugees live in 10 camps along the Thailand-Myanmar border, according to The Border Consortium, which coordinates NGO activity in the camps.

Many fled persecution and ethnic wars as well as poverty and have lived in the camps with no legal means of making an income.

An aid worker who has been helping the refugees said the Thai army appeared serious about its repatriation push.

"The authorities said this time they are going to be very strict. It seems like they're really pushing for repatriation," said the aid worker, who asked not to be identified because of the sensitive nature of the issue.

"The situation in the camps is very tense because people don't know what's going to happen."

The refugees fear economic and logistical difficulties in returning as well as sporadic fighting in parts of north and northeast Myanmar.

"Thailand and Myanmar will facilitate the safe return to their homeland in accordance with human rights principles," he said.

But rights groups say a lack of transparency surrounds any plan to send refugees back.

"When Prayuth spoke on Friday he left out what the conditions for the return would be," Sunai Phasuk of Human Rights Watch told Reuters.

"The National Council for Peace and Order can only do this under the conditions expected by the international community."