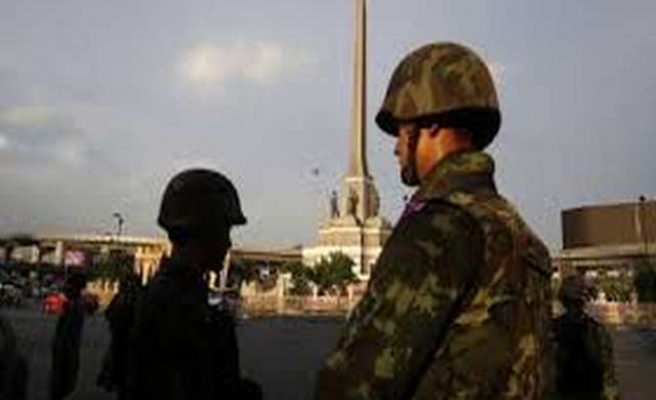 The Thai journalists' association is in uproar after a reporter was removed from a series of programs on the military's reform process for interviewing villagers who expressed views negative of the regime.

The chair of the association condemned the intervention in a statement Saturday, calling it "a blatant violation of freedoms of expression of Thais in general."

"It should not happen in a country undergoing reform,” said Manop Thip-osod. “The mass media is the most important public platform for mobilizing ideas and reflecting the people wishes.”

In “Voices of the people” - broadcast at the beginning of November - Nattaya Wawweerakhup asked villagers and activists in the southern province of Songkhla for their views on the May 22 coup and the junta's subsequent reforms to “clean up” the political system and annihilate corruption.

Some views expressed were negative, which - according to a source quoted by Khaosod news website Saturday - made junta leaders “very upset.”

On Tuesday, five military officers visited program producer Thai PBS to convey their displeasure to the management. The format of the program was subsequently modified, with the Q&A section removed.

Thai PBS announced in a Friday statement that Wawweerakhup - a well-respected journalist in the region - had been removed from the series.

On Saturday, Army Chief General Udomdej Sitabutr denied to local media that he had pressured managers at Thai PBS.

“We have never asked anyone to stop doing anything," he stated. "But if we find out someone has an attitude that indicates he does not understand the situation, we need to talk to him.”

Since seizing power, the junta has banned criticism of the regime, introduced martial law, crushed political protests, and briefly detained hundreds of activists. But it has repeatedly said that it welcomes input on the reform process, which is being led by a military-appointed council. Dissent, however, is banned, academic seminars must get the green light from the junta and even wearing a T-shirt opposing the regime's policies can lead to arrest.

On Saturday, a discussion on land rights and social inequality organized for Sunday by the Alliance Francaise – the French cultural center – was cancelled under military pressure. One of the speakers would have been Sulak Sivaraksa, an outspoken octogenarian social commentator, against whom a complaint of lese-majeste was filed this month.

In a Nov. 12 meeting between junta representatives and newspapers editors, officers told journalists that there is a limit to what they can report.

“We are open, but please stay within the limits. You must report news positively,” a leading military officer underlined, according to Thai media.

But there are signs that the latest attempt at censorship may trigger wider discontent.

Thienchay Kiranandana, president of the reform council, expressed concerns Friday about the junta's interference in the Thai PBS program.

“I believe shows like this will be suspended again because of martial law and also because the reform council is not patient enough to allow people to express their ideas and encourage them to participate in national reform,” he said.