Lawyer says suspect is Turkish national, had nothing to do with blast that killed 20 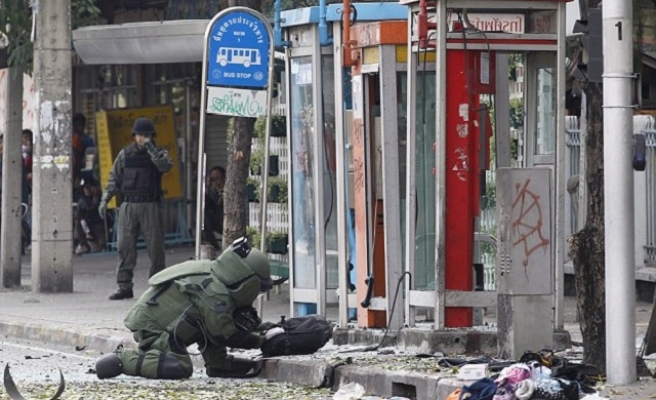 Thai police said Friday they are preparing to charge a suspect in last month’s bombing of a Bangkok shrine that killed 20 people.

Srivara added that police are now filing additional charges with a local court.

Muhammed, a Uighur who claims to have lived in Turkey for the last 10 years, was the first suspect detained in connection with the bombing and a subsequent blast at a river pier.

He was apprehended on Aug. 29 in possession of a badly forged Turkish passport at the same apartment where bomb-making materials and hundreds of other fake Turkish passports were found.

The Uighur are a Muslim Turkic minority from northwestern China who claim their cultural and religious rights are curtailed by the Chinese authorities. Thousands have fled with the aid of people smugglers, some to settle in Turkey.

Earlier Friday, National Police Chief Somyot Poompanmoung addressed media reports claiming Muhammed has confessed to planting the bomb, saying such a confession would not stand up in court and more evidence was needed.

“The confession alone would not stand up in a trial,” he told reporters. “We need to continue this investigation.”

Responding to the impending charges, Muhammed’s lawyer told Anadolu Agency the allegations “did not add up”, noting his client had been interrogated through the night earlier this week, just a day after being hospitalized.

Choochart Khanphai also maintained his client was not in the country at the time of the bombing.

“My client arrived in Thailand on Aug. 21, days after the bombing,” he told Anadolu Agency on Friday. He added: “Muhammed knows nothing whatsoever about the bombing.”

He said Muhammed was passing though Thailand to Malaysia, where he was looking for a job.

Khanpai claimed Muhammed -- one of two suspects arrested to date -- is a Turkish national but said that he had admitted to traveling on a fake Turkish passport.

Since the explosion, the police investigation has focused on human trafficking gangs responsible for smuggling refugees from China to Turkey.

Police maintain the bombing was not an act of terrorism but a revenge attack by criminal elements upset at Thailand's crackdown on human trafficking.