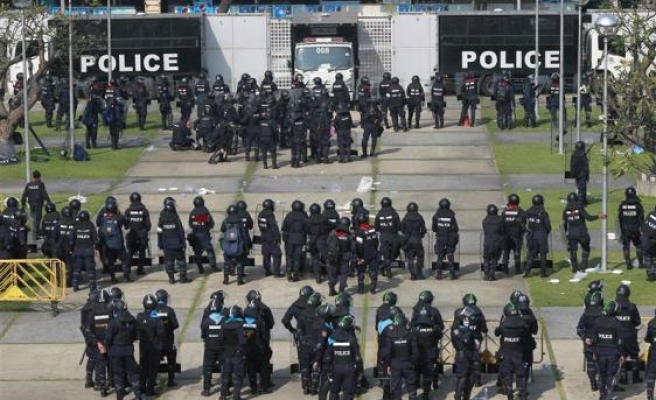 Eight people were injured on Tuesday when four bombs shook the largest city in southern Thailand.

A fifth bomb at the entrance to an apartment building within a hospital's grounds was defused by a bomb squad.

Police colonel Pasakorn Klanwan told the Anadolu Agency that the first two bombs exploded within 15 minutes of each other in the city of Hat Yai.

The initial explosion struck the front of a 7-Eleven convenience store, injuring five people. The second, a car bomb in front of police flats, injured three people including two policemen. The powerful explosion damaged many vehicles and started a fire, which was only extinguished after one hour.

Thailand's three Muslim-dominated southern provinces of Yala, Pattani and Narathiwat have been wracked by an troubles since Siam (the name of Thailand pre-1939) took control of what was then a Malay Sultanate following an Anglo-Siamese treaty in 1907.

The uprising became a full-blown civil war in the 1960s when the Bangkok government tried to control education in the region's Islamic schools.

In January 2004, a rejuvenated movement launched a series of attacks that shook up the Thai State. Since then bomb attacks, drive-by shootings and ambushes have happened on an almost daily basis; almost 6,000 people – Buddhists and Muslims, military, teachers, civil servants and civilians – have been killed and 10,700 others have been wounded.

Hat Yai, which is the capital city of Songkla province, north of Pattani, is seldom hit by attacks. The last major incident was a large bomb explosion in March 2012 in a downtown hotel basement which killed four people and wounded 416 others.