Thailand boosts military ties with China amid US spat

U.S.-Thai relations deteriorated further last month when Bangkok accused Washington of meddling in its political affairs over the remarks by a visiting U.S. envoy who criticized the junta. 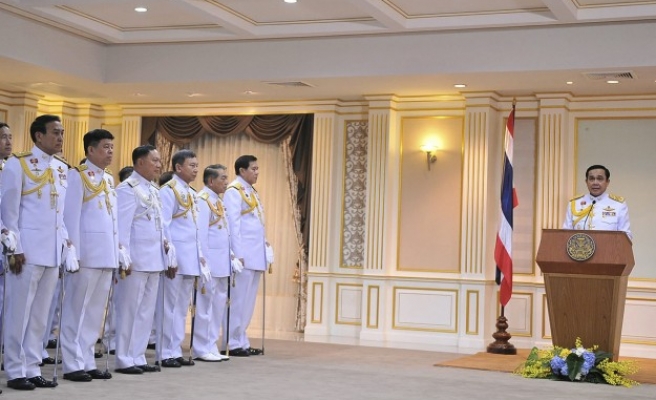 China and Thailand agreed on Friday to boost military ties over the next five years, from increasing intelligence sharing to fighting transnational crime, as the ruling junta seeks to counterbalance the country's alliance with Washington.

The agreement came during a two-day visit by China's Defence Minister Chang Wanquan to Bangkok, and asThailand's military government looks to cultivate Beijing's support amid Western unease over a delayed return to democracy.

"China will not intervene in Thailand's politics but will give political support and help maintain relationships at all levels. This is China's policy."

Under the junta, Thailand has stepped up engagement with China at a time when Beijing increases its influence inSoutheast Asia with a raft of loans and aid for infrastructure.

At the same time, Washington has sought to show its renewed commitment to a strategic "pivot" toward Asia by boosting military ties and equipment sales across the region.

Prawit said Thailand and China agreed to increase joint military exercises, but did not give further details.

Thailand's army took control last May saying it needed to restore order after months of political unrest including street protests in Bangkok that killed nearly 30 people. The United States, a long-time ally of Thailand, expressed dismay at the coup and froze $4.7 million of security-related assistance and cancelled some security cooperation.

U.S.-Thai relations deteriorated further last month when Bangkok accused Washington of meddling in its political affairs over the remarks by a visiting U.S. envoy who criticized the junta.

The junta has said it will hold onto power for at least another year, with a general election planned for early 2016.

Despite the tensions, the U.S. will hold its annual Cobra Gold combined military exercise with Thailand next week. The drill, however, has been scaled down in scope to humanitarian assistance and disaster relief.