Thailand lifted a state of emergency in three provinces, but kept the controversial security law in place in seven others, including Bangkok 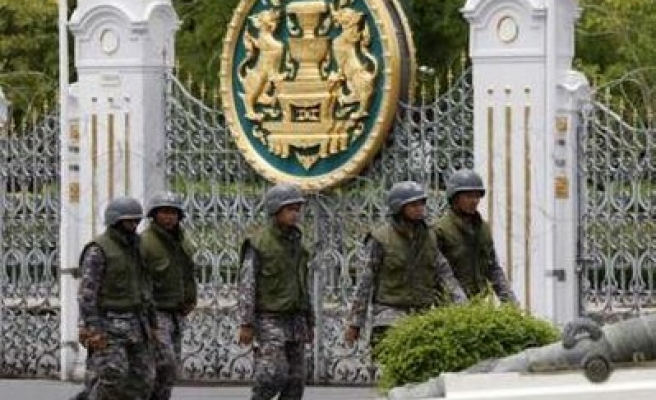 Thailand lifted a state of emergency in three provinces on Monday but kept the controversial security law in place in seven others, including Bangkok, where it said the situation remained volatile.

The emergency decree has been in place since April, giving security forces broad power to deal with anti-government protests that spiralled into the worst political violence in modern Thai history and left 91 people dead and nearly 2,000 wounded.

Security and government officials have continually warned of potential unrest in Bangkok and some provinces as reason to keep the decree in place, despite pressure from rights groups, businesses and tour operators to revoke it.

"While there are still rumblings in these provinces, the premier views that existing law is enough to maintain order there," Panitan Wattanayagorn, deputy secretary-general to Prime Minister Abhisit Vejjajiva, told Reuters after a cabinet meeting.

The intractable, five-year crisis in Southeast Asia's second-biggest economy has eased off since May 19, when troops engaged in six days of bloody confrontations forcibly dispersed thousands of "red shirt" protesters demanding new elections.

The Thai stock market is up 17 percent this year at a two-year high, despite large foreign selling during the unrest, while the government and economists have forecast growth of up to 8 percent this year.

Foreign inflows helped lift the baht to a 28-month high last week and consumer confidence rose sharply in July, showing the effects of the political violence were short-lived.

However, reconciliation among powerful groups remains elusive and many Thais expect tensions to resurface in future.

The provinces where the decree were lifted included one in the northeast and two popular tourist destinations in the north, Chiang Mai and Chiang Rai. Tourism accounts for six percent of Thailand's economy and employs 1.8 million people directly.

The state of emergency bans political gatherings of more than five people and gives the government powers to impose curfew and censor media and detain suspects without charge for 30 days.

Areas still under emergency rule are three provinces in the northeast, deemed hotbeds of anti-government activism, as well as Bangkok and its surrounding areas, which would allow security forces to block would-be demonstrators from entering the city.