The resistance is based in Pattani, Yala and Narathiwat provinces in Thailand's so-called "Deep South". 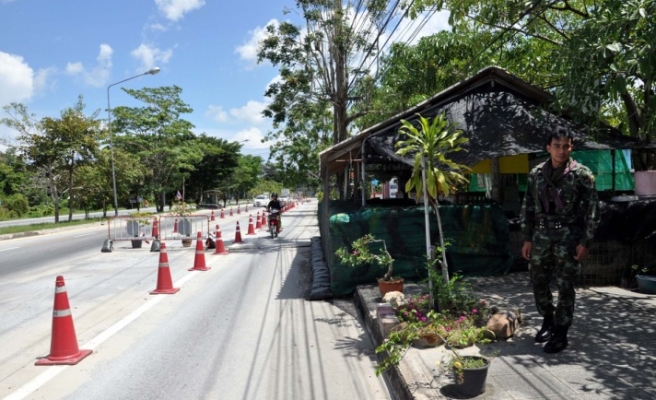 Thailand will assemble a peace negotiating team by the end of the week to revive talks with Muslim fighters, the military junta said on Wednesday.

Udomdet Sitabutr, secretary-general of the National Council for Peace and Order (NCPO), as the junta is formally known, said talks, brokered by Malaysia, would "definitely move forward" and that Prime Minister Prayuth Chan-ocha will appoint team members to lead the Thai delegation.

"We will have soldiers, lawyers and academics on the team," Udomdet told reporters.

The resistance is based in Pattani, Yala and Narathiwat provinces in Thailand's so-called "Deep South".

Thailand is a mainly Buddhist country and resistance to central government rule in the three Muslim-majority provinces has existed for decades, resurfacing brutally in 2004.

More than 6,000 people have died since then, according to Deep South Watch, which monitors the violence. Successive governments have failed to quell the unrest.

The start of talks in 2013 was lauded by some rights groups, and academics. Others were sceptical, saying that the government was talking to the wrong rebel group.

The talks stalled months before the previous civilian government became engulfed by street protests late last year, in a political crisis that climaxed with a court ordering Prime Minister Yingluck Shinawatra to step down on May 7.

The military seized power weeks later in a May 22 coup.

Udomdet said Malaysia had identified the right group to bring to the next round of talks.

"Malaysia has found the real people behind the problem who are ready to talk to us," he said, without giving further details. "The peace talks will definitely move forward."