Thailand to transfer 29 Rohingya refugees to US

Muslims fleeing Myanmar were either rescued from people trafficking camps, or arrived on Thai shores in the aftermath of May's regional clampdown on people smuggling 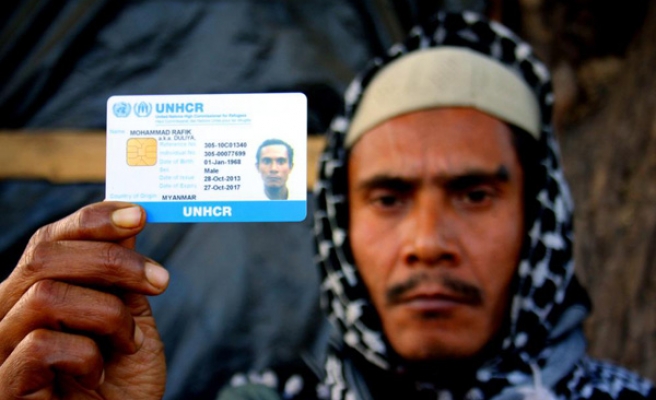 Thailand is to send 29 Muslim Rohingya "refugees" to the United States as part of a resettlement plan, an official confirmed Friday.

The Rohingya were either rescued from people trafficking camps, or arrived on Thai shores in the aftermath of May's regional clampdown on people smuggling.

The 29 will be resettled after it was proven that they were "refugees" fleeing persecution and not economic migrants, a spokesperson for Thailand's Minister of Social Development and Human Security told Anadolu Agency on Friday.

The spokesperson -- who did not wish to be named according to department policy -- said that they would be resettled later this month.

The Bangkok Post quoted the U.S. Department of State Refugee Processing Center as saying those to be resettled follow four who left Thailand earlier this month in a humanitarian programme that has resettled 13,000 Muslims from Myanmar since 2002.

The 29 had been housed at a migrant detention centre in Bangkok.

According to the center, over 328 Rohingya still remain at the building, 193 of whom have been rescued from human trafficking groups.

Since 2012, Rohingya -- whom the United Nations consider to be the world’s most persecuted ethnic minority -- have been fleeing Myanmar in droves, in fear of violence that some human rights groups consider to be state sponsored.

Rights groups estimate that as many as 10 percent of the million-strong ethnic group have fled the country in search of better opportunities in Muslim-majority Indonesia and Malaysia.

Thailand is frequently a gateway through which migrants pass on their way south.

Following the discovery of over 30 corpses of Rohingya in jungle camps in southern Thailand on May 1, Thai authorities launched a crackdown on human traffickers, which led to the arrest of numerous suspects including a Thai general.

In the following months, trafficking boats unable to land stayed at sea, provoking a regional humanitarian crisis only solved May 20 when Malaysia and Indonesia agreed to let Rohingya and Bangladeshi come onshore and accept them as refugees.